Almost ready. This page is still being worked with. Stay tuned.

I discovered today the best ever description of the string theory, what it describes, and how it is connected to superstring theory, supersymmetry, and the M-theory.

I decided to create a page with this video and its manuscript. See below in sections 2-4.

OBS: All images are printscreens from the video above, cropped and resized to reduce upload times.

Our universe contains matter which when we
look closer is made up
of particles.

There are different types of particles:
electrons, quarks or neutrinos.
Particles move in the universe and can
interact by exchanging other particles .

the standard model
The electromagnetic force
for example is mediated by the exchange of photons. 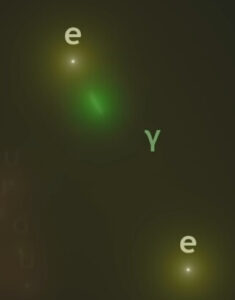 All these different particles are accounted for in what we call
the standard model. It is currently our
most precise mathematical description
of the quantum world.

At first glance one might think that this is the ultimate theory that the standard model describes everything.

But unfortunately there is another interaction that this model doesn’t
account for:

Gravity and gravitons
Gravity on a large scale. We know that gravity is described by general relativity:
Objects curve space-time thus attracting other objects. 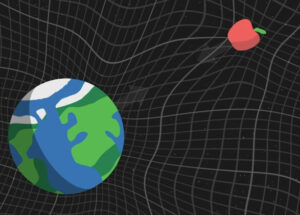 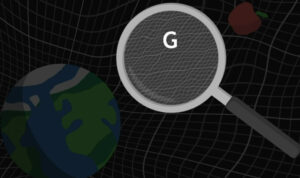 But when we try to include the graviton in the standard model
the calculations give absurd results with infinite values that cannot be removed.

We cannot describe gravity on the quantum scale
it is to solve this problem that physicists have been looking for new
theories for more than half a century.

In this video we are going to build together one of the most promising approaches, string theory

The basic idea is quite simple:
in the standard model particles are described as small dimensionless points.

We admit that these points do not all have the same properties to account for.

The fact that there are different types of particles in string theory we will assume that this is only an approximation.

If we zoom in on the particles they are all made up of a small string
sometimes open and sometimes closed.

These little strings have tension like tiny rubber bands and they can vibrate. A guitar string can vibrate in different modes/harmonics 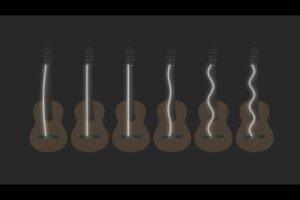 Likewise our little strings can vibrate in different ways:

When we perform the calculations, we discover in particular that some strings behave like photons. And better still. Some like gravitons.

Starting from the sole principle that particles are tiny strings with tension we already explain why there are different types of particles.

and we naturally predict the existence of the graviton
thus describing gravity at the quantum scale we now want to understand how these strings evolve through the Universe for that we will use the same principles as our current models.
imagine that we throw an electron at a target.

The electron propagates like a wave and when it reaches the target
we can’t know for sure where it will materialize.
At the quantum scale the same experiment can give different results
we can only predict the probability of observing such or such results
and the goal of physics at this scale is to determine
these probabilities.

the mathematical approach to determine the probability of observing a
particular result is to consider all possible scenarios that lead to it. 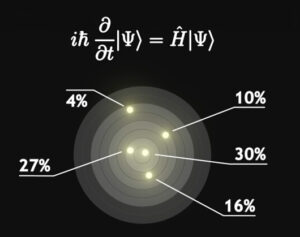 At the same time we sum all trajectories but also all possible
interactions for example an electron can emit a photon then reabsorb it
or two photons or even three.

In all the scenarios that we consider we manually decide to allow such or such types of interactions to reproduce what we observe in reality
and by summing all these scenarios we obtain the desired probability.

In string theory the approach is the same however the particles are no longer points.

A point traces a trajectory over time but a string traces a surface.
And to describe the evolution of a string in a probabilistic way as in quantum physics,  we will consider all possible geometries that the string can trace over time. 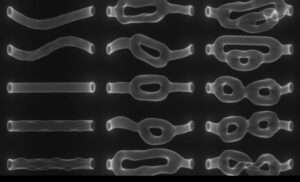 It can follow a specific trajectory vibrate in a certain way but also duplicate itself which amounts to emitting a particle or recombine which amounts to reabsorbing the particle forming a geometry with a hole.

Continuous  interactions in string theory
There is no need to add them manually.  Incidentally, interactions in the standard model were local.
The emission of a photon was instantaneous.
For example in string theory interactions are now continuous
particles are no longer emitted instantaneously but gradually. This gets rid of the infinities that we obtained when we tried to
include the graviton in the standard model
in this way string theory not only predicts the existence of the graviton but it also allows us to calculate how it interacts with other particles and therefore to describe quantum gravity

three problems with the string theory

Unfortunately at this stage the model exhibits three problems:

spinors
To solve these problems we’ll have to push the theory
a little further to include fermions in our model
The idea is to add spinners on the strings. 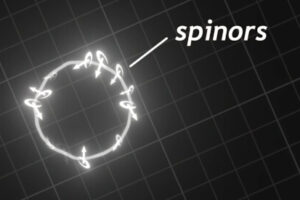 They are the mathematical ingredient that already described fermions in the standard model.
by simply adding spinners to the strings we solve two problems
The model now predicts the existence of fermions
And it no longer predicts the tachyon the particle that was problematic.
This more complete theory is called
super string theory.

in fact now that we added spinors our theory exhibits a fundamental symmetry between fermions and bosons in a way it predicts that there would be as many bosons as there are fermions. This is called supersymmetry.

What about the third problem before we included supersymmetry?
the mathematics required a 26-dimensional universe
now superstring theory requires a universe with
10 dimensions

Unfortunately this third problem is not resolved.
the theory does not seem to fit our universe which only has four dimensions. Yet so far the model was very promising.
Should we abandon it for all that?
If they exist where would these six missing dimensions be?
One possibility is that our universe could just be a three-dimensional slice of a larger nine-dimensional universe. 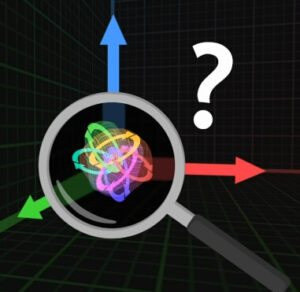 Another possibility could be that the six dimensions that we do not observe are curled up on themselves.

To understand let’s imagine an ant walking on a straw.
The straw has two dimensions the ant can walk back and forth and left to right around the circumference of the straw. 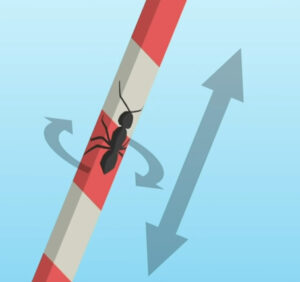 If we zoom out enough we only notice one of the two dimensions
the second one that curls around the straw is very small and cannot be seen on this scale.
In string theory we can assume a similar phenomenon:

Our universe would have nine dimensions of space
but six of them would be very small dimensions curled up on themselves so that we do not see them on our scale.

This hypothesis may seem a little far-fetched is it reasonable to assume the existence of dimensions that we do not observe.

But it turns out that the existence of additional dimensions is a very interesting question that suggests phenomena that we might observe.
For example. qe could imagine a massless particle that moves at the speed of light but partially inside a compact dimension.

From our point of view we do not see this dimension and therefore the particles seem slower to us.

We only observe part of its full motion. It seems slowed down as if it had a mass. The idea of additional compactified dimensions thus suggests a fairly simple mechanism
through which some particles might exhibit a large mass
however it would currently require too much energy for us to create them in our particle accelerators and confirm or not, their existence.
The presence of these additional
dimensions also allows a much more
varied range of vibrational modes and therefore a greater diversity of potential types of particles. 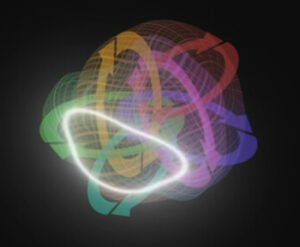 In addition there are a multitude of different ways to curl up six dimensions and each possibility will predict a
different universe where the strings can adopt different
vibrational modes and therefore behave like different
particles.

By carefully choosing the way in which these six dimensions are compactified, we can adjust our description so that it predicts the same particles as those we observe in
our world.

That said among the myriad of possibilities, it is not yet clear why our universe would contain the particles of the standard model rather than some other possibility according to some still speculative hypotheses.

The geometry of the universe might even have varied over time transitioning from one compactification to another and the laws of physics could thus have changed during the first instance of our universe.

To conclude, string theory remains to this day a speculative model very difficult to test experimentally.

Since the strings would be incredibly tiny and which is only one approach among many others, in the quest of finding the ultimate theory however it is still one of the most
promising models whose insights have far exceeded its
original goals. Strings allow us to describe gravity on
the quantum scale and open doors to the study of black
holes.

They help develop several fields of mathematics and get a better understanding of the standard model itself.

String theory even offers hypothetical candidates for particles such as axions to potentially explain dark matter. 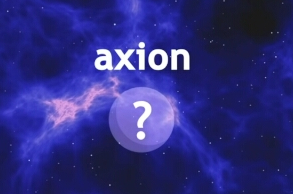 That said there is still a lot of research to do.
In particular the aspects of string theory that are best understood rely
heavily on supersymmetry which tends to predict
the existence of additional particles which we don’t seem
to observe yet.

There are some compactifications that would explain
that we don’t observe super-symmetry.

However these are still very rare and not well understood.
Finally to venture even further there actually exist five different versions of superstring theories describing different types of universes.