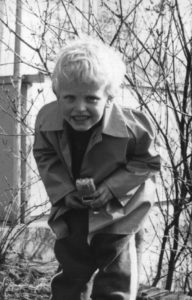 My mother choosed my name so she could choose between Stella (female name ) and Stellan (male name) when I were born. As many in Italy can not say names that ends with a consonant (my name became “Stella” or “what?“. I choosed to let everyone call me “Stefano” in Torino and in Sicily “Stellario” . But I  discovered that saying “Stellan like Stella nordica”  helped many to correctly spell my name.  I do not see myself like a star of course but I hope that I can bring some tiny light on different issues in this site. I let www.kabalarians.com analyze my name and their conclusion is quite good.

Among my  distant ancerstors i see Bonobos (I am not an aggressive type), neanderthal-homo sapiens hybrids and of course, traveling vikings.

My more recent ancestors, were among others:

My grand grandfather traveled around  the world.
My daughter followed his path but did it  with airplane and a few parts with boat.

With this moving around in Europe, I became a sort of polyglot

My languages
I read and talk Swedish, German, Italian, French, English, and Spanish, I have tried to learn Arabic but it is a very difficult language. Read more about my Arabic learning under Learning Arabic in the menu above. I
have also some understanding of programming languages, like HTML, BATCH, PHP, Basic, Pascal.

I am a seeker as you may have read on my page. I seek knowledge mainly in the areas of:

My grandfathers book
2017. I dedicated much of my time from October 2014 to 2017 to my grandfather Willy’s book. I wrote  about it in my sites: willy.kinberg.net and in https://mygrandfather.wordpress.com/

Jesus kerygma and Arabic
I am very intrested in “Isa Ibn Maryam” (Jesus, son of Mary). He seems to have talked Galilean Aramaic. I had only one colleague able to talk Aramaic but many who talked Arabic. I decided to learn Arabic.  As I am very interested in what is written in the Quran, I decided to learn Classic Quranic Arabic. I dedicated a longer period to read Quranic Arabic. I gave however up soon to learn to speak Arabic. I am to slow and old now for that.

since 2017 I dedicate a lot of time to know the historical Jesus and understand his teaching (kerygma). I have an anthropological approach in my research, reading historical documents as well as scientific literature (among others psychology) to understand the circumstances and historical context Jesus grew up and live in.

My main project beside Arabic is to dedicate time to my grandfather Willy Kinberg and try to document a similar view like it looks like 100 years later.

“No great mind has ever existed without a touch of madness.” Aristotle

“Science without religion is lame. Religion without Science is blind”  Albert Einstein

“If you want to understand today, you have to search yesterday.” — Pearl S. Buck

I like this Living Quote of Einstein very much:

“It is very difficult to elucidate this cosmic religious feeling to anyone who is entirely without it. The religious geniuses of all ages have been distinguished by this kind of religious feeling, which knows no dogma…In my view, it is the most important function of art and science to awaken this feeling and keep it alive in those who are receptive to it.” Albert Einstein.

I follow Pauls advice in Romans 1:19,20:
“What may be known of God is manifest in them for God has shown it to them. For since the creation of the world, his invisible attributes are clearly seen, being understood by the things that are made, even His eternal power and Godhead, so that they are without excuse”

Me in a few words

I presented myself with a Google drive slide for all new teachers at the school I worked at for 29 years, the days I retired in September 2017.

See my presentation full size.
HINT. You can control the slide with the buttons below. I will translate it asap.

The teachers who took over at my school 2017 did not know me so well, so I made a presentation for them about my work on the school during my 29 years of teaching there.
“Full-size presentation here.

Stellan joined Kidlink in 1994. His contributions are many, and include:
Thank you very much!

A gallery of images of my life