Thias is a copy of a page called life and afterlife. I think that reincarnation now needs a separate page that I will add in the menu under Learning – Paranormal.

Metempsychosis (Greek: μετεμψύχωσις), in philosophy, refers to the transmigration of the soul, especially its reincarnation after death.

Virginia University Perceptual Studies has dedicated a lot of time and effort in analyzing the report about reincarnation that has become viral in the latest years.

There is a Netflix doc about reincarnation in Season 1 episode 6 of “Surviving death” series. Jim Tucker, a child psychiatrist, talks in this doc about a few cases.

He says among others that “there is more than just the physical world. There is a larger reality”

I dedicate this section to two cases that are especially interesting, the cases of James Lenninger>Huston and Anna Frank>Barbro.

James Leininger is interviewed in the Netflix reincarnatíon doc. 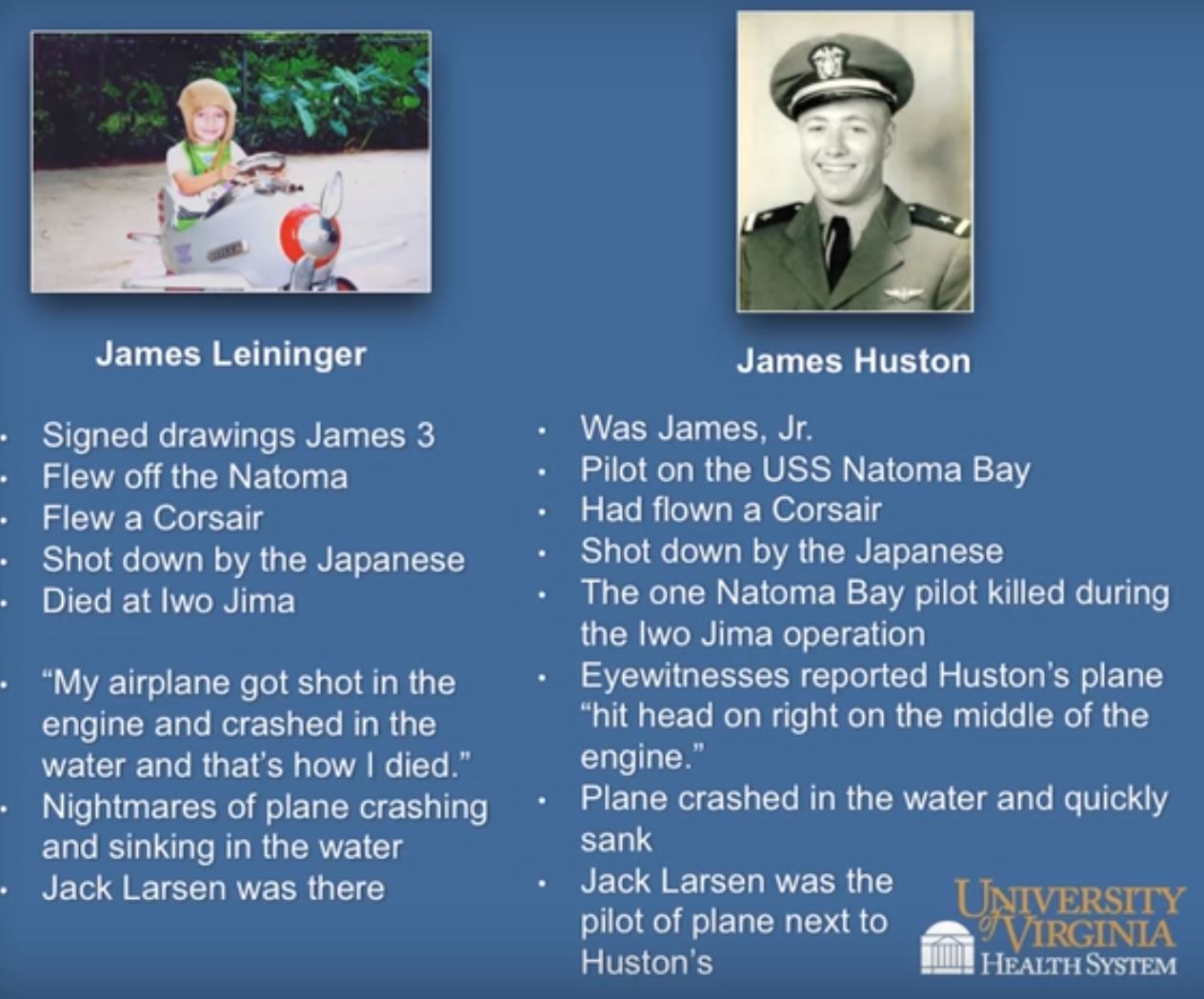 Another story is that about Manika. Even if a nice story, I have not find other sources telling about Manika. A similar story about Shanti Devi that even engaged Mahatma Gandhi, is however known. See  https://www.youtube.com/watch?v=J7IK6OoU6SI

May the Buddhist view be the right? Read more about the Buddhist wheel of life in http://www.kinberg.net/buddhism/#Samsara

One good video presenting scientific studies of supposed reincarnation is found in https://youtu.be/9w2MCpzE8u0?t=1m1s

I did not know the case of Anna Franks reincarnation presented in this video ( https://youtu.be/9w2MCpzE8u0?t=5m45s )

What facts are documented in this video:

Cameron, The boy from Barra

Consciousness in a new body (reincarnation)

This is a copy from my page about the unlimited consciousness

If our consciousness is getting a new body (as in reincarnation) the memories of its previous earthly life is remembered as dreams (or nightmares) in children up to a few years age  (1 to 5-6). With the development of speech, children can give more detailed information with articulate words, about its previous life.
Many childhood memories of a previous life “will fade with time. That in no way diminishes the strength in the child’s original experience.”
Ian Stephenson says: “the assumption is that when your brain dies, your brain perishes also. That is so deeply believed that scientists fail to understand that it is in the end an assumption only. And there is no reason why aspects of the mind wouldn’t survive the death of the brain.

Jim Tucker, University of Virginia: “While we will never fully solve the greatest of all mysteries, what happens after death, the evidence is starting to suggest that we might be part of a grander existence that we can’t fully fathom.”

Reincarnation believes do not hold water”

Video with Abdul Ghani Jahangeer tells more about it.

Whatever is true, the testimonials shared by UVA are astonishing.

As Abdul Ghani Jahangeer present reincarnation as happening for leaders who committed crimes and sins, it does of course not “hold water” as he says. We know only about Dalai Lama as a reincarnated leader. Most cases are about normal peoples like wifes, a pilot etc.

Abdul takes inspiration from the Quran, where reincarnation is in terms of “twise” in case of sinners. ut we do not know the real devine mechanisms behind reincarnation.  If sins committed by leaders would be the reason for reincarnation, then I presume we would one day have leaders like Hitler, Stalin reincarnated. No one can turn the story back and no reincarnated human can give relief to all the victims of these leader’s crimes.

hat decides however you will be reincarnated or not, is however not known. Buddhists have their opinion, others like our Muslim brother Kanat Eleyon talk about reincarnation if you are a bad leader in this world. It is up to you to believe whatever. We have maybe to wait to walk over the bridge to really get knowledge about this issue.

As I always say, behave like a good man loving your next and you should not be afraid.