Einstein has been a genius I have followed and read about, for a few years now. His quotes have inspired me.  He introduced me to Spinoza among others.

I have mentioned him in several of my posts. I knew about his  “God does not play dice” but have never thought deeper about this quote. I have yet not been able to understand more than his E = mc2 and the curved spacetime caused by gravitation theory. I had to study Schroedinger at Chalmers following a chemistry course so I new about the electron cloud theory. But I have never been able to understand the math behind quantum theory. After I  found and read this book about Einstein in Italian written by an Italian physicist, I became interested again in Einstein thoughts about Niels Bohr‘s and Schroedingers probability. Do I have to change somehow my hypothesis about creation? 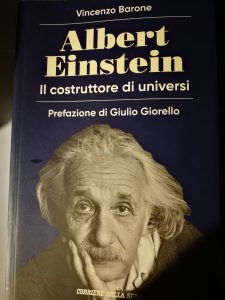 I found a good article about the dice issue by another physician in https://aeon.co/ideas/what-einstein-meant-by-god-does-not-play-dice with the text read for people with reading disability.

The last book I am in to is “From Bacteria to Bach” by Daniel Bennet, a book I have in an Italian version 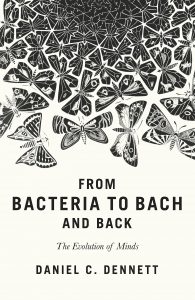 I came into this book because of my search for understanding of consciousness.

I have written a page about consciousness in www.kinberg.net/wordpress/stellan/consciousness/

There have been a different kinds of evolutions in the Universe. these are

the evolution of consciousness and cultures with memes

Probability is defined as “a measure quantifying the likelihood that events will occur”.  Read more at https://www.britannica.com/science/probability-theory.

The math of probability is well described in www.khanacademy.org and in www.britannica.com

There is  good basic course about basic probability distributions in this youtube.

For some, the math of probability is intuitive, for many others a headache. So it was for me. If you have a dice with 6 numbers what is the probability you get a 1 or a 6? Good card gamers are often very talented in this. And if they have a great card memory they can improve their chances to win.  I have practiced probability math with horse racing systems but never won any money.

I understood at that time that this equation helps to define the probability where electrons may likely appear around the atom nucleus, areas called electron clouds. The Electron Cloud Model was proposed by Erwin Schrodinger. “Thanks to this model, electrons were no longer depicted as particles moving around a central nucleus in a fixed orbit. Instead, Schrodinger proposed a model whereby scientists could only make educated guesses as to the positions of electrons.” ( Source: www.universetoday.com) Read more about electron clouds in https://www.universetoday.com/38282/electron-cloud-model/ 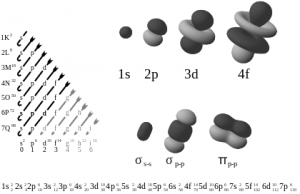 Quantum particles according to quantum mechanics

as Nigel Warburton writes in https://aeon.co/

” the new quantum mechanics appeared to say that when we do this, we get that only with a certain probability. ” So it is with the electrons appearing in different areas of the clouds (1s, 2p, 3d etc).

Probability in conception – the sperm race

“A healthy adult male can release between 40 million and 1.2 billion sperm cells in a single ejaculation.” (SOurce: wiki)

A father prioritizing strongness before intelligence may want to get a strong boy.  The probability or chance that a “strong boy sperm”, will fertilize a egg is  1 of 40 million to  1 of 1.2 billion).  That father has to consider also the strongness of the sperm. To understand this look at this youtube:

Probability for the hunter to find a prey e.g in a jungle

You can never say that you will get a pray when you live home for a hunting. A tiger may remain without food for very long periods and can maybe die. The ability to understand sound and smelling signals raise the chances. Today we use tools and techniques, to raise the chances of catching prey.

Probability of getting rain in dry areas like in Somalia.

The meteo forecast is never 100% sure. Also here it is a question of probability.

“at least 73% of natural single conceptions have no real chance of surviving 6 weeks of gestation.”  (Source: https://www.ncbi.nlm.nih.gov/pubmed/1970983 )

As I have learned, you get higher percentages if the mother smokes.

The probability to find a lifetime partner

You can raise your chances using partner sites or frequenting people or comunities that share your interests. But you can never say “I will find my partner tonight”

The probability to get lung cancer

The chance to get color blindness

It is known that 8% of men are affected by color blindness.( Source: www.youtube.com/watch?v=e04_wUoscBU )

The probability a seed will grow into a plant

“Behold, the farmer went out to sow, and it happened, as he sowed, some seed fell by the road,”

As a good farmer, you do your best to sow on a well-prepared ground, The better the ground is the bigger is the chance. Often it is better to sow more seeds than needed in case some insect eats it up. Again a question of probability.

The odds of being killed by a meteorite

Astronomers do their best to observe space and calculate risks. The last impact was in central Russia in 2013

The odds of being killed traveling.

Some say the biggest risc flying. But studies confirm that the risc to be killed is bigger when you walk than when you take a flight.

The probability a gas planet become a star

To become a star the planet must become big enough to trigger a nuclear reaction in its core. To know the probability for a gas planet to become a star we have to know how many gas planets there are as well as stars in our Universe.

It is strange that Einstein was so much tied to the cause-effect philosophy when so much in our life is determined by probability.

I may agree with Einstein that God does not play with dice. But God may have been sowing” like a farmer a huge amount of Quantum particles at the initial creation of our Universe. Matthew 13:1-13 that talks about a farmer that sowed seeds on the roadside,  on rocky ground,  among thorns.  on good soil. Not every quantum seed became part of planets with a Biosphere.  Many seeds are still out there in huge nebulas.

Just because Gods knew all that the evolution on Earth had to be determined by probability, God had to intervene here and there to adjust the evolution, in the more recent times, the Cultural evolution. God did intervene sending out prophets here and there on Earth. So disagree with Einstein about God’s relationship with mankind. Just because of the probability of life, God had to as he said once about God” concerns himself with the fate and the doings of mankind”

That’s also the reason God is a forgiver that forgives 7×77 times, at least. It is not our fault we have to fight to survive and we sometimes get crazy and misbehave. God is after all the Creator of all.