Introduction A neighbor told me today that he always removes all the green because he does not want to have worms in the ground. Reason: there are worms that eat the roots. I did an internet search on “worms that eat roots” and I found a site that speaks of a “worm of Maggiolino” and another of “white worm”. It seems to me that there is confusion between the word worm and larva. “there are no worms eating roots on the island.”

FALSE MYTHS ON THE LOMBRICHI “… the lack of scientific texts in Italian have led to the spread in our country, very often in good faith, of a series of inaccurate information concerning the earthworms. ” ( lombricolturabellafarnia.com )

“Beetle worm” Doing a search with the word  worm beetle” I find several images of animals that seems to be larvae. This “worm” is one of these images on which it is spoken in www.funghiitaliani.it/topic/80315-verme-da-determinare/ 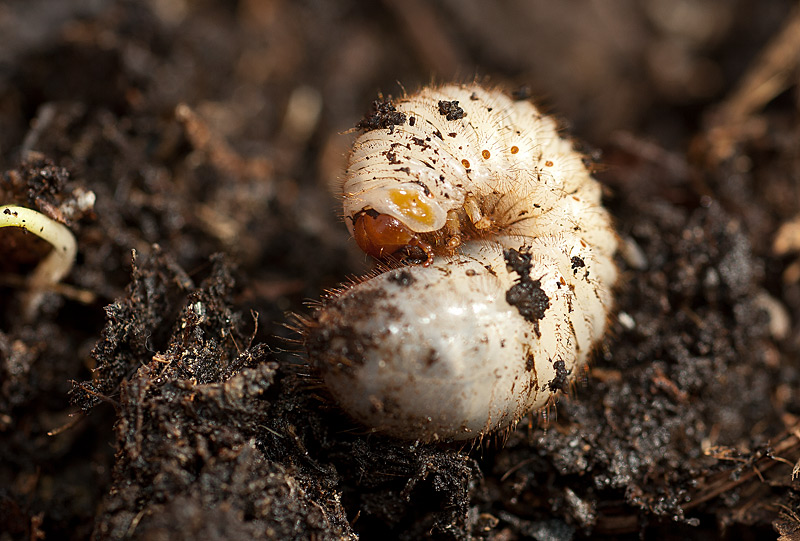 visitor, Tom, asked in 2013 “These large worms were abundant in the ripe Compost collected in a garden from a large container in which the food waste was left, left to mature for 1-2 years” The answer given by Rockhoward (Nicola) is that it is a “Larvae of Beetle (Melolontha melolontha) Doing research on Melolontha_melolontha I find in Wiki that the so-called beetle worm is the larva of a beetle. 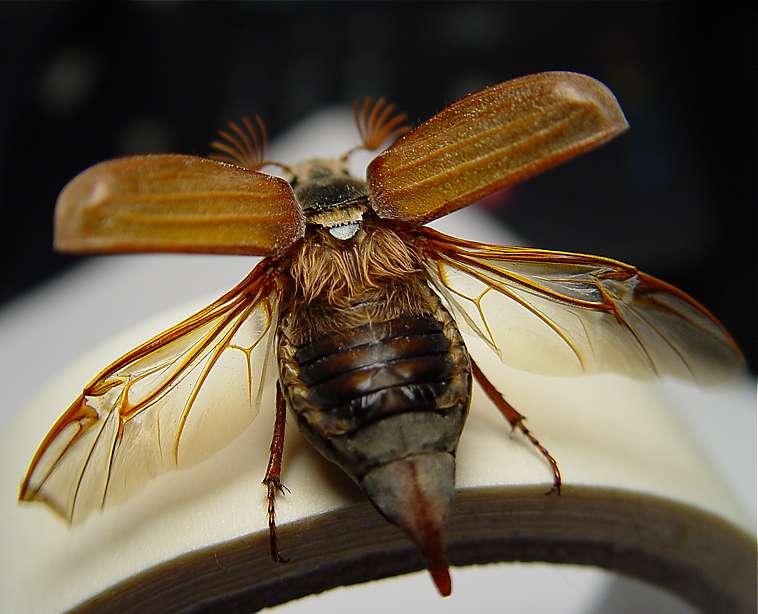 These larva eat in fact thte roots of many plants.

the difference between a worm and a larva

The answer I find in it.answers.yahoo.com is

“With the word” worm “you can understand many things. The worms we find underground, for example, the Earthworms, for example, are not insects at all, but Anellids.

Annelids are one of these groupings, like insects. Earthworms and all annelids are generally older animals than insects, and are their ancestors.

In fact, the insects evolved from organisms similar to the current earthworms, but now they are completely different. While other types of “worms” that we can indicate by this name are actually insects, such as caterpillars, or those white worms that can be found in the bad meat. They are insects, but in a particular phase. A fly, for example, like all insects, before arriving at the adult stage (the one we give the name of fly, in fact) goes through some stages of development (of different numbers depending on the species). Larval stage

One of these stages is the Larvale stadium. And a larva is just what we give the name of “worm”. The worms of the flesh, which I have said before, are nothing but the larvae of the flies, while the caterpillars are the stage preceding the butterfly. The transition phase between one stage and another is called metamorphosis.

In the larvae, among other things, it is precisely the moment in which we notice the distant kinship with the earthworms, of which I spoke earlier. If an earthworm is observed, and the annelids in general, they are made up of many sections all almost equal to each other. These sections are called Metameri. And looking at an insect larva, you will notice the same segmentation. “.

There are 8300 species of earthworms (  http://www.rivistadiagraria.org/articoli/anno-2013/lombricoltura/ )

the importance of worms in the soil. “There are many worms that live in the ground, some of these can be a real resource for the garden! The most striking example is given by the earthworm humus, it is one of the best natural fertilizers available: its effectiveness is comparable to real soil humus supplements. What we commonly call worms are elongated and soft-bodied animals, since a head, a thorax or a tail are not distinguished, worms are often not even remotely appreciated!” Read more at www.ideegreen.it/vermi-vari-nel-terreno-25709.html#9uF5sTXVpaBT3rmf.99

The most used Lombricus terrestris in worm composting:

“Earthworms can be divided into four groups, called ecotypes, each of which describes a different ecological grouping based on its behaviour:

I’m glad to see that several Italians have discovered that we can also live by making lombricultura, selling the soil, earthworm humus. Long live the worms that abound in my garden from the soft soil thanks to the worms!

How to eliminate larvae of beetle As mentioned above Doing research on Melolontha_melolontha I find in Wiki that the so-called worm beetle is the larva of a beetle. ( translated from it.wikipedia.org )