I made a major update July 2021 adding a historical perspective.

If you are a missionary and want to talk about God you have to be aware of why many choose to be atheists. I am personally agnostic as I can not know there is a God but I believe there is something in some parallel Universe. The main part of this post is dedicated to the history of atheism and its various forms.

I got information about atheism among others from www.huffingtonpost.com, www.godlessgeeks.com https://infidels.org/

“Atheism is one thing: A lack of belief in gods.
Atheism is not a belief system nor is it a religion.”

This part is mainly bsed on the lecture “How to be an Atheist in Medieval Europe”  held by Alec Ryrie, Gresham college Professor of Divinity

OBS. Texts marked in italic are words of Alec Ryrie, taken from the video transcript.

“Independent-minded suspicious and uneducated people are in plentiful supply in medieval Europe.”

“When medieval and early modern Europeans talked about atheism or unbelief. those words had a much wider range of meaning than they do for us now.”

practical atheism that is living as if you do not believe there is a God even if you claim that you do believe.”

as John Gray puts it, someone with no use for the idea of God is in

truth an atheist whatever metaphysical opinions such a person may have.

, the doctrine that the soul sleeps or dies with the death of the body to be reawakened or resurrected at the Last Judgment, was adopted by Luther as part of his attack on the doctrine of purgatory, and in England Luther’s position on the postmortem fate of the soul was vigorously defended by William Tyndale

fear of death. not usually fired by anger but by anxiety that meeting point of fear and curiosity. after all what happens to us after he dies is subject worth being anxious.

the notion that God does not hear prayers and either does not or cannot act.

All events on Earth are controlled by God

The doctrine of transubstantiation

bread and wine were holy but undetectably transformed into Christ’s body and blood. (Read more below)

Miguel Serveto died for his debata about the trinity.
I wrote about this dogma on a separate page.

Friction between priests and people

“for everyone, everyday life offered plenty of potential points of friction between priests and people.

Above all tended to trigger those escalations,  the medieval clergy’s most outrageous claim to spiritual authority in the mass every priest presided at a daily miracle, in which bread and wine were holy but undetectably transformed into Christ’s body and blood.
The doctrine of transubstantiation was always controversial and counterintuitive. hence the precession of medieval miracle stories in which unbelievers suddenly see the ritual at the altar as it truly is a broken human body a blood-filled chalice”
https://en.wikipedia.org/wiki/Transubstantiation#:~:text=Transubstantiation%20(Latin%3A%20transubstantiatio%3B%20Greek,of%20the%20Blood%20of%20Christ.

To be atheist, you have to be
independent-minded and self-confident.

“To wonder nowadays whether the earth really is moving you do not need to be a drunkard or a fool. What you need to be is independent-minded and self-confident.

you also need to be suspicious ready to believe that you are being lied to and it also helps if you are not very well educated.

If you’re woven too tightly into our civilizations web of knowledge then you’re not going to be able to kick against it. “

too much time visiting the websites of modern flat earther organizations which in their stubborn refusal to be hoodwinked by the intellectual consensus
https://www.flatearthscience.org/blog/ 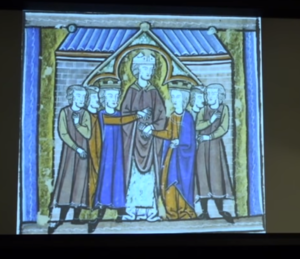 King Amalric of Jerusalem ( on the left in the image above. ) https://en.wikipedia.org/wiki/Amalric_of_Jerusalem )asked a bishop whether there was any way of proving by reliable evidence that there was a future resurrection. 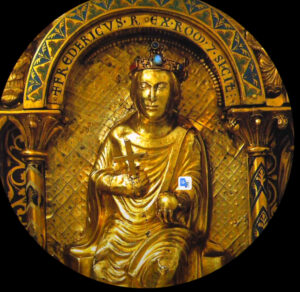 King of Germany and Sicily.

According to Pope Gregory the ninth, an unbeliever.

According to Charles Haskins he had a Striking anticipation of more modern ideas and practices in his administration, the brilliant and precocious culture of his Sicilian kingdom“1

239 the Pope accused Frederick of calling Moses Jesus Christ and Muhammad, charlatans and deceivers who between them had fooled the entire world.  accused him of scoffing at the notion that a virgin could give birth to the God who created nature and of maintaining that one should accept as truth only that which is proved by force of reason.
It is true that Frederick had been asking his favorite scholars some alarming questions:

As Frederick II, King of Sicily, once said: “I don’t envy God’s paradise, because I’m well satisfied to live in Sicily”. (www.italia.it/en/discover-italy/sicily.html )

rumor was it that one of Frederick’s scholars Piero della Vigna (ed. chancellor and secretary (logothete) to Emperor Frederick II. https://en.wikipedia.org/wiki/Pietro_della_Vigna ) had suggested to Frederick that Moses Christ and Mohammed were frauds and had indeed written a book arguing that case (ed.  Tribus Impostoribus,” (ed. An impostor is a person who pretends to be somebody else )

it’s important to be clear that this book never existed.

“The author of the book written 1719 may have been a young Dutch diplomat called Jan Vroesen or Vroese.” https://en.wikipedia.org/wiki/Treatise_of_the_Three_Impostors#Trait%C3%A9_sur_les_trois_imposteurs,_from_1719

having told a friend that profit was better than virtue. 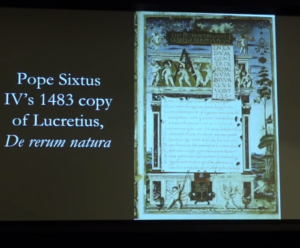 Anti-Providentialism
the world is governed simply by nature.
the core concept of the Renaissance.

Erasmus wrote a dialogue in which one of the characters claimed there are no people more epicurean than godly Christians.
Epicureans hold that the purpose of life is the pursuit of happiness and as everybody knows true happiness is to be found in the pursuit of virtue.
It’s a rather over tidy view of Epicureanism there’s no getting around the fact that we’re Chris’s work has got quite a lot more sex in it than Erasmus.

Christians should therefore concentrate less on doctrine maybe even less on the devotional and sacramental life of the church and more on cultivating virtues which pagans as well as Christians might share maybe they ought to recognize that believer and unbeliever alike could be brethren.

that is what in the centuries to come would make their approach so dangerous.”

Macchiavelli was not a Epicurean. 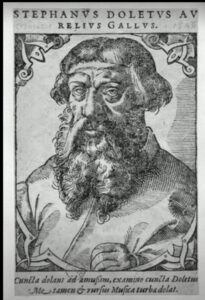 martyr of the renaissance

Anti-Trinitarian. branded as a relapsed atheist by the theological faculty of the Sorbonne

your doubts possible  but also blunts their force

What we know today

The Hebrew people did not exist before Canaan. They gradually and peacefully emerged as a subset of Canaanite culture somewhere around the 1200s B.C.E., which is roughly the time we were told they invaded the land. Before that time they simply. didn’t. exist.

The violent conquest of Canaan never actually happened. We know this for certain. We’ve gone to the places that were supposed to have happened and we dug our way down to the bottom. Didn’t happen.

The wandering in the wilderness for forty years? Also never happened. That story was made up. We know this for certain. We canvassed that entire region a hundred times now and not so much as a coin or a piece of pottery or anything at all that would signify they were ever there. 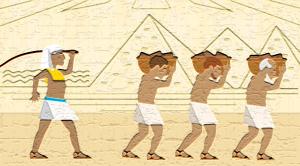 The dramatic exodus of millions of Hebrews from Egyptian captivity? We know for a fact that never happened.

Everything that happened in the first five books of the Bible is pure fiction
Read more at www.patheos.com/blogs/godlessindixie/2018/02/18/none-really-happened/#uU50ZAkyigyv7DKU.99

Bible parts are forgotten or hidden

“Have you read the Bible? I mean really read it and not just flip around to the pages that your religious leader told you to or watched some mini-series on television telling you their version of the stories. I don’t know why, but those shows always leave out the best parts.” (1)

When Jesus is crucified on the cross the Bible says that there were earthquakes and zombies (Matthew 27:50-53 ) (1)

God seems to be the answer to less and less questions.

3. The Problem of Evil

There is no valid evidence for any deities. If there were valid and compelling evidence, then we would all be on the same page. There wouldn’t be a million sects of each religion and there wouldn’t be a million different religions. There would be one sect of one religion and God would make his presence known to us in a way that was so obvious that it couldn’t be disputed. We would be able to see him, hear him, smell him, touch him, etc. There would be no atheists because we would have no choice but to believe. After all, he’s God and he could do that kind of thing. No, that doesn’t affect our alleged “Free Will.” I know that Kim Jung-Un exists, but you don’t see me worshiping him.(1)