Jesus teaches in a synagogue probably in Nazareth and many who listened to him were astonished by his words. They asked themselves “Isn’t this the carpenter, the son of Mary, and brother of James, Joses, Judah, and Simon?” and “Aren’t his sisters here with us?” 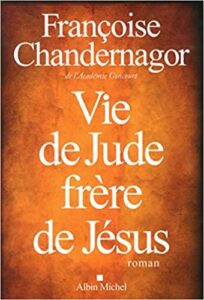 Francoise_Chandernagor wrote a wonderful book about Jesus’ youth and brother. It is called in English “the life of Jude, Jesus brother.” Francoise wrote:

“This book is a novel in which the heroes are the four brothers of Jesus: Jacques, José, Simon and Jude. But although they are romantic characters here, I did not invent them: all belong to History and their existence is attested by numerous canonical texts. James, the second of the siblings after Jesus, was even the head of the Church of Jerusalem at a time when Christian Rome did not exist: in short, the first pope… At the end of his life, Jude, the last of the brothers, remembers and tells … “

Mark 6:3 contradicts the dogmas of Jesus being Mary’s only son and the perpetual virginity of Mary.

Not only, this also gives reliability to Marks’ text, that this part must be a true testimonial.

The dogma of the perpetual virginity of Mary has led to a lot of suffering especially among women and it helped to maintain prejudices about sex and women’s virginity.

Many women have suffered in Italy as they could not show blood after the first night of marriage?

Pope Francis focused in his Angelus on the astonishment of his listeners. 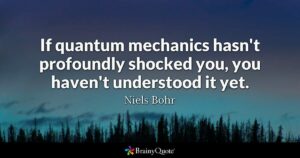 What Niels Bohr once said can be applied to Jesus and God.

“If God hasn’t profoundly shocked/astonished you,
you haven’t understood God yet.”

I wrote about this once in http://www.kinberg.net/wordpress/stellan/a-quantum-god/

6:1 He went out from there. He came into his own country, and his disciples followed him.
6:2 When the Sabbath had come, he began to teach in the synagogue, and many hearing him were astonished, saying, “Where did this man get these things?” and, “What is the wisdom that is given to this man, that such mighty works come about by his hands? 6:3 Isn’t this the carpenter, the son of Mary, and brother of James, Joses, Judah, and Simon? Aren’t his sisters here with us?” They were offended at him.
6:4 Jesus said to them, “A prophet is not without honor, except in his own country,

and among his own relatives, and in his own house.”
6:5 He could do no mighty work there, except that he laid his hands on a few sick people, and healed them.
6:6 He marveled because of their unbelief. He went around the villages teaching

6:3 Isn’t this the carpenter, the son of Mary, and brother of James, Joses, Judah, and Simon?

It is understandable that Pope Francis does not talk about the Jesus brothers names in his Angelus. See below.

To safeguard the “only son” dogma the Church says that these brothers are halfbrothers, sons of Joseph in a previous mariage.