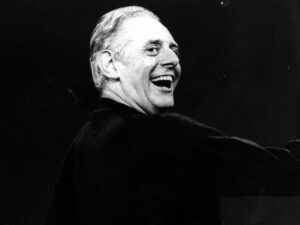 The Italian author Dario Fo, visited Göteborg, Sweden many years ago and shared the spoken part of  “Mistero Buffo”). The  story he told there,  was about two processions in Rome:

These two processions met at a crossroad. I do not remember what happened there in Dario’s parody. 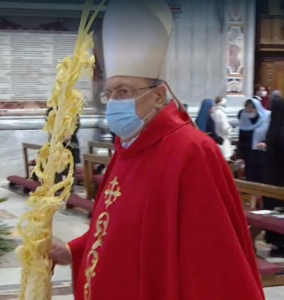 Jesus is coherent with his own teaching “the last will be first”. His message is “Be humble” and “do not brag.”. 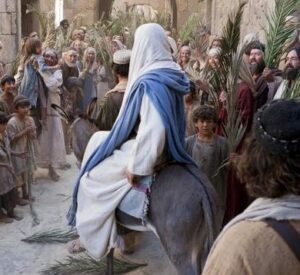 14:1It was now two days before the feast of the Passover and the unleavened bread, and the chief priests and the scribes sought how they might seize him by deception, and kill him.
14:2 For they said, “Not during the feast, because there might be a riot of the people.”
14:3 While he was at Bethany, in the house of Simon the leper, as he sat at the table, a woman came having an alabaster jar of ointment of pure nard—very costly. She broke the jar, and poured it over his head.
14:4 But there were some who were indignant among themselves, saying, “Why has this ointment been wasted?
14:5 For this might have been sold for more than three hundred denarii,s and given to the poor.” They grumbled against her.
14:6 But Jesus said, “Leave her alone. Why do you trouble her? She has done good work for me.
14:7 For you always have the poor with you, and whenever you want to, you can do them good; but you will not always have me.
14:8 She has done what she could. She has anointed my body beforehand for the burying.
14:9 Most certainly I tell you, wherever this Good News may be preached throughout the whole world, that which this woman has done will also be spoken of for a memorial of her.”
14:10 Judas Iscariot, who was one of the twelve, went away to the chief priests, that he might deliver him to them.
14:11 They, when they heard it, were glad, and promised to give him money. He sought how he might conveniently deliver him.
14:12 On the first day of unleavened bread, when they sacrificed the Passover, his disciples asked him, “Where do you want us to go and prepare that you may eat the Passover?”
14:13 He sent two of his disciples, and said to them, “Go into the city, and there you will meet a man carrying a pitcher of water. Follow him,
14:14 and wherever he enters in, tell the master of the house, ‘The Teacher says, “Where is the guest room, where I may eat the Passover with my disciples?”’
14:15 He will himself show you a large upper room furnished and ready. Get ready for us there.”
14:16 His disciples went out, and came into the city, and found things as he had said to them, and they prepared the Passover.
14:17 When it was evening he came with the twelve.
14:18 As they sat and were eating, Jesus said, “Most certainly I tell you, one of you will betray me—he who eats with me.”
14:19 They began to be sorrowful, and to ask him one by one, “Surely not I?” And another said, “Surely not I?”
14:20 He answered them, “It is one of the twelve, he who dips with me in the dish.
14:21 For the Son of Man goes, even as it is written about him, but woe to that man by whom the Son of Man is betrayed! It would be better for that man if he had not been born.”
14:22 As they were eating, Jesus took bread, and when he had blessed, he broke it, and gave to them, and said, “Take, eat. This is my body.”
14:23 He took the cup, and when he had given thanks, he gave to them. They all drank of it.
14:24 He said to them, “This is my blood of the new covenant, which is poured out for many.
14:25 Most certainly I tell you, I will no more drink of the fruit of the vine, until that day when I drink it anew in the Kingdom of God.”
14:26 When they had sung a hymn, they went out to the Mount of Olives.
14:27 Jesus said to them, “All of you will be made to stumble because of me tonight, for it is written, ‘I will strike the shepherd, and the sheep will be scattered.’
14:28 However, after I am raised up, I will go before you into Galilee.”
14:29 But Peter said to him, “Although all will be offended, yet I will not.”
14:30 Jesus said to him, “Most certainly I tell you, that you today, even this night, before the rooster crows twice, you will deny me three times.”
14:31 But he spoke all the more, “If I must die with you, I will not deny you.” They all said the same thing.
14:32 They came to a place which was named Gethsemane. He said to his disciples, “Sit here, while I pray.”
14:33 He took with him Peter, James, and John, and began to be greatly troubled and distressed.
14:34 He said to them, “My soul is exceedingly sorrowful, even to death. Stay here, and watch.”
14:35 He went forward a little, and fell on the ground, and prayed that, if it were possible, the hour might pass away from him.
14:36 He said, “Abba, Father, all things are possible to you. Please remove this cup from me. However, not what I desire, but what you desire.”
14:37 He came and found them sleeping, and said to Peter, “Simon, are you sleeping? Couldn’t you watch one hour?
14:38 Watch and pray, that you may not enter into temptation. The spirit indeed is willing, but the flesh is weak.”
14:39 Again he went away, and prayed, saying the same words.

Zechariah wrote: “Behold, your king comes to you, triumphant and victorious. He is humble and riding on an ass, on a colt, the foal of an ass.” (Zechariah 9:9) KJV. Read more at preachitteachit.org)

You may say that Marc invented this story taking inspiration from Zechariah. But such a behaviour is totally coherent with Jesus’ spirit as I said in my introduction.

4:13 He sent two of his disciples, and said to them, “Go into the city, and there you will meet a man carrying a pitcher of water. Follow him, …

Like God sees everything, so did Jesus being,  in my opinion, totally entangled with God.

I was not surprised that the Pope did not mention this “miracle”.
But I was sorry he sis nor mention Jesus’  humbleness:

14:27 Jesus said to them, “All of you will be made to stumble because of me tonight, for it is written, ‘I will strike the shepherd, and the sheep will be scattered.’

Zechariah 13:7 says: “When the shepherd is killed, the sheep are scattered.”

I found in this reading another example of Jesus Humility. Many Catholic clerks, especially Bishops and Popes, did not follow Jesus. They behaved like many Pharisees did at Jesus’ time. Luckily, pope Francis is however different. He as an example did not like people to kiss his hand and ring.