I read this book. it is really an amazing story of coma paranormal experiences. But I do not like his use of “God”, “Creator”, “Heaven” and more words as these evokes for me, annoying associations due to old diety perceptions and creation stories (e.g. Genesis). He relates to old learned dogmas maybe to please Christian readers as he said in his second book (“The map of heaven”). He criticizes in this second book Scientific materialistic dogmas as well as religious dogmas. 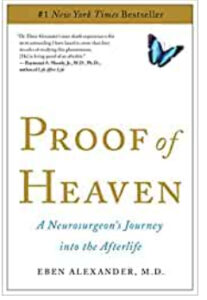 I would have preferred him to rely on more neutral Buddhist or Zoroastrian definitions.

I also do not like the title of his book “Proof of Heaven.” I am used to this kind of sentences by clerksmen and  Jehovah’s witnesses but not from a man with scientific education. “Signs of Heaven”  would be a more reliable title.

His books share a new good sign of what several religions have mentioned before, a spiritual life after death.

I have shared what I know about this issue in previous posts.

Alexander like Dr. Kubler Ross years ago, has led me into a paradigm shift, having me to question if we ever can get a understanding of  NDE with traditional neurological research. I also have to:

I really recommend his two books. Alexander Eben shares In this video a short introduction. Read the transcript below.

“Well, it was November 10, 2008, a Monday morning, and I woke up about 4:30, which was an hour earlier than I normally would. I got out of bed and felt an intense pain in my lower back. And of course, I was also at that time starting to slip into unconsciousness because if I had been more alert, as a physician with severe back pain, severe headache, I would have immediately thought of meningitis.
But I was too far gone to be thinking anything. My first awareness deep inside of coma was one in which I had no words, I had no language. I did not remember anything about my life on earth. I knew nothing of humans, nothing of earth or this universe. Meningitis had completely wiped out any notions of my human identity or existence. And then it was as if there was a summer breeze, a perfect summer wind blowing through. And even though the whole scene remained the same, my awareness of it changed completely, and I was out in this void of infinite, infinite coal-black but with an orb of light and with that warm divine presence. But the message was, “You are not here to stay.” “We will teach you many things. But you’ll be going back.” You’d think that I would know already just about everything there was to know about consciousness being an active neurosurgeon. And I lived totally by science and what science had to say about reality. I thought at best maybe I had an Einsteinian view that there might be some powerful creative god but not one who had enough time to worry about me. And of course my near-death experience changed that entirely.   So much of what I saw on my journey showed me how primitive our science is and our human understanding and that in fact, it will never be able to weigh in one way or the other on the existence of that divine creative being, and yet by fully understanding the meaning of unconditional love and the intensity and the personal nature of that deity is that divine spark within each and every one of us.”

The soul and consiousness

I wrote a separate article about the soul in

I have no doubt there is a “soul” and maybe also “Spirit” in Humans. Maybe these exists also in other creatures like Jainism and Hinduism believes.

But I wonder how a soul becomes part of the body. Did we inherit the soul of Adam who was cast of our Paradise in Heaven as the Quran tells? That would however contraddict Jainist and Hindu believes that thinks that also other creatures have a soul.

My cats have feelings but maybe not the soul that we humans have.

With my scientific approach, I can’t avoid thinking about us being somehow entangled in our brain religious center according to neurotheological studies.

Alexander talks a lot about consciousness in his second book “Map of Heaven”, among others about the dependence of consciousness and quantum particle behavior.

it was doctor Mengele, the “Angel of death”, the one to have a NDE experience?

Alexander Eben met Betsy in his NDE and noone else. Alexander seemed according to his own biographical writing, to be a good man who has never done something really bad.

Would Dr Mengele have had the same experience of love? I doubt that.

Maybe he would instead receive compassion for the hell he will experience not being able to close eyes and ears (organs that are muted during NDE). 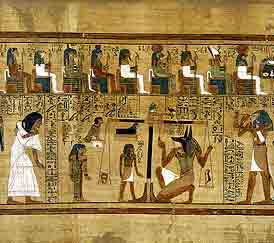 According to Egyptian,   Zoroastrian and Buddhistbelieve, Humans will get their souls:

I these believes reveals the truth, the soul that will continue its life after death, won’t have a filtering brain, ears nor eyes that can be closed.  If EQ was near zero on earth, considering understanding and feelings levels, EQ will be much higher. Alexander also told in his book about a higher understanding.

As a hindu said

Alexander Eben’s books had me to reread an partly (again) update a post from 2018 where I wrote about Life and afterlife.

I had myself paranormal experiences. when I were young. And I have also studied neurology as well as the experiences of Dr Ross several years ago.