Tomorrow Sunday 23 August Mt 16,13-20 is read. It’s about who Jesus really was and Peter, chosen to be the rock of the assembly.

We know about the story of the Vatican, its search for power, its inquisition, and its persecutions, an “assembly” that never followed Jesus’ commandments. Jesus should have known about the dark future of the church. 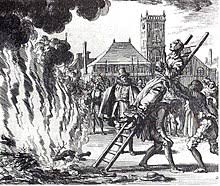 I wrote about this story in two previous posts:

I will, therefore meditate on the first part of the Gospel.

16:13 Now when Jesus came into the parts of Caesarea Philippi, he asked his disciples, saying, “Who do men say that I, the Son of Man, am?”
16:14 They said, “Some say John the Baptizer, some, Elijah, and others, Jeremiah, or one of the prophets.”
16:15 He said to them, “But who do you say that I am?”
16:16 Simon Peter answered, “You are the Christ, the Son of the living God.”
…
16:20 Then he commanded the disciples that they should tell no one that he was Jesus the Christ.

About Peter
16:17Jesus answered him, “Blessed are you, Simon Bar Jonah, for flesh and blood has not revealed this to you, but my Father who is in heaven.
16:18 I also tell you that you are Peter, and on this rock I will build my assembly, and the gates of Hades will not prevail against it.
16:19 I will give to you the keys of the Kingdom of Heaven, and whatever you bind on earth will have been bound in heaven, and whatever you release on earth will have been released in heaven.”
…

“Throughout the history of mankind, the subject of identity has sent poets to the blank page, philosophers to the agora and seekers to the oracles.” ( ed.ted.com )

The question “Who Am I?” has been dealt with by many philosophers and the last century, psychologists and anthropologists. In this Ted Amy Adkins gives a good historical picture of this philosophical issue:

16:13 Now when Jesus came into the parts of Caesarea Philippi, he asked his disciples, saying, “Who do men say that I, the Son of Man, am?”

Maybe he wanted to check that whatever the others thought, some thoughts should not be shared as he said according to 16:20

Jesus asked others about their thoughts about him.
Do we know who we are? We have a body but is that all?

What is our soul? What is going on inside us?
I would say that we do not know who we really are.

Maybe Jesus is asking us to ask ourselves and not others, his question.

16:20 Then he commanded the disciples that they should tell no one that he was Jesus the Christ.

It is a similar request like the one he did after one of his miracles as in Luke 8:56:

8:53 They were ridiculing him, knowing that she was dead. 8:54 But he put them all outside, and taking her by the hand, he called, saying, “Child, arise!” 8:55 Her spirit returned, and she rose up immediately. He commanded that something is given to her to eat. 8:56Her parents were amazed, but he commanded them to tell no one what had been done.”