Today at the Catholic Mass the John Gospel  (1:1 in English – 1:1-18 in Italian) is read. This text had a lot of influence on my thinking. What did John mean with the first verse “In the beginning was the Word, and the Word was with God”.

John led me with time to write my illuministic Genesis where Jesus is with God planning the Creation that begun with Big Bang.

John wrote in Greek so I advice to look at the Greek translation in biblehub.com/interlinear

Johns  Logos has been translated to Word in English,  Verbo in Italian, Verbum in Latin, Livets ord in Swedish

Most clerkmen I know about, say  that John is referring to Jesus, the Galilean Hebrew. But how do they interpret the sentence “was in the beginning with God”?

I never got an explication about this sentence, so I came myself to my own answer, that may of course, be wrong.

For me, Jesus soul was in the begining like an angel, planned to get down to Earth when it was the time for this.

In wiki I read that Logos (Greek: Λόγος, lit. ”Word”, “Discourse”, or “Reason”)[1] is a name or title of Jesus Christ. That is of course acceptable and understandable but I still can not understand “was in the beginning with God”.

For me this image illustrate the word (Logos) at the beginning. 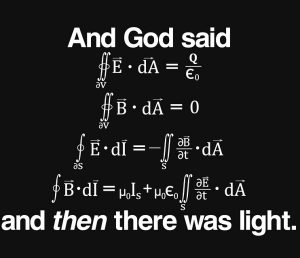 These are some of the rules that govern our Universe.

I have hard time to understand this math language, despite being a retired math teacher. Of course God could not have told this to Moses about 6000 years ago when the best math knowledge was Egyptian fractions and numbers without 0 (zero). So God gave Moses a simplified version in Hebrew today known as Genesis.

Johns use of logos

I found a very good theological and philosophical discussion about Logos in www.bible-researcher.com. I share here some of the parts, I regard as most interesting.

Marvin Vincent suggests that the use of the word Logos by John “should be seen in the context of theological discourse in the milieu of Hellenistic Judaism (especially after Philo)”.

He further say that
“John used the term Logos with an intent to facilitate the passage from the current theories of his time (ed. Philo etc) to the pure gospel which he proclaimed.”

The author of www.bible-researcher.com/logos.html says however “that the contemporary Hellenistic understanding of logos in theological contexts (esp. in Philo) should not be discounted by those who wish to understand John’s meaning.”.

I tend to agree with this statement.

Like I will do, read more about logos in www.bible-researcher.com

I agree with the author in bible-researcher who says

“The Hellenistic understanding
of Johns logos in theological contexts
should not be discounted”.

And who knows who spoked to John when he wrote his enygmatic Gospel.

Without any doubt, Johns prologue contains far deeper knowledge than any clerksmen let it look like.

I have  not finished reading the valuable article above and I need more time to think about it.

But for now, I feel that  my illuministic hypothesis as I shared in my previous 20180115 page and in  Illuministic Genesis , is still reasonable despite being heretic for fanatic Jews and Christians.