Rome Mayors Virgina Raggi published a post in her facebook profile with a video of a polluter. This is what he wrote translated to English 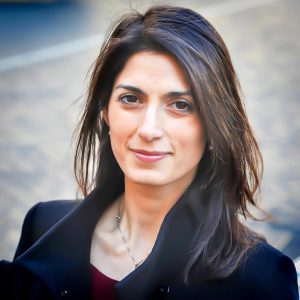 What you see in this video is not a simple “zozzone”, but something more. We could call it a “super zozzone”

“This man, an employee of a construction company, was pinched by the agents of the Environment Unit and Local Police Decoration while he was throwing three bags of waste materials into a dumpster for domestic use. Three large 30-pound bags containing linoleum, aggregates, packaging and plastic.

For this reason, after being invited to recover the waste that had just been thrown away, the man was sanctioned, together with the managers of the company, for a total of 3,100 euros. A figure that we hope will serve to make it clear that road bins cannot be used in this way.

Those who make themselves responsible for this type of gestures, I must point out, commit an environmental crime and, in this sense, they respond to it before the law. I thank the women and men of the Local Police for their contribution, always attentive and punctual, and I invite all of you to report these “super zozzoni” to the police.”

3100 Euro is in fact nothing compared to the damage these criminals and companies are causing Society.

Virgina Raggi is a Mayor, the Mayor of Lipari should learn from to fight against the polluter on this island.

Btw, why doesn’t the clergymens talk about the polution on this island?  The clergymen never critisized nazism during the war. Now the Church is silent about the immature behaviour of some citizens polluting the Creation

with one exception. I wrote about it in a post on www.kireus.com/wordpress/lipari/2019/02/26/bene-al-creato/