December 28.  Jesus is growing. He was not a normal boy and may have suffered during his childhood.

about Herod, who killed all the male children
(Matthew 2:17) took inspiration from Jeremiah 31:15, writing

2:17 Then that which was spoken by Jeremiah the prophet was fulfilled, saying,
2:18 “A voice was heard in Ramah,
lamentation, weeping and great mourning,
Rachel weeping for her children; she wouldn’t be comforted, because they are no more.”

This is the only text describing a young Jesus in the Gospels.

Mark starts his Gospel with Jesus, maybe 30 years old,  being baptized by John.

A paraphrase of the life of Moses

They made the life of Jesus a paraphrase of the life of Moses who too was saved in Egypt and then similarly met his people on a mountain, Moses on Sion and Jesus outside Jerusalem.

very little is said about Jesus’ infancy and childhood experiences. We read about Jesus being a  baby in the cradle. Besides the 12-year-old boy in the synagogue story, from his birth until he was baptized there is complete darkness.

Gospel stories inspired by the Torah

It looks like the evangelists studied the old testament (OT) to get a picture of Jesus life. They  tried to draw a picture of the historical Jesus birth, childhood and youth, with inspiration  from the old books, like about the birthplace of Jesus, taken from Mika:

Marks first writing about the historical Jesus was “At that time Jesus came from Nazareth in Galilee and was baptized by John in the Jordan.”  ( mark/1-9.htm ) “And a voice came from heaven: “You are my Son, whom I love; with you I am well pleased.” ( mark/1-11.htm )

Matthew (Levi according to Mark) and Luke never met Jesus and had great troubles figuring out about Jesus birth and childhood. Markus who was the first to write a Gospel about Jesus, didn’t give Matthew and Luke any help.

Despite the accurate Roman documentation tradition, Josephus is the only historian telling about a Jesus in the words “Jesus called Messiah”

Talmuds only shared what Jesus taught. Find an answer about Jesus’ birth, childhood, and youth in the old testament,  was a tricky issue to deal with. All agreed the mother was called Mary, a woman who lived in Nazareth. They knew Jesus was the “son of Mary”. But as I asked in a previous post. Who was the father?

Voices in the first two centuries told Mary was raped by a Roman soldier. This Roman soldier was given the name Pantera.

Matthew and Luke must have wondered. They did not like these bad talks.


27:9 Then that which was spoken through Jeremiah (u) the prophet was fulfilled, saying, “They took the thirty pieces of silver, the price of him upon whom a price had been set, whom some of the children of Israel priced,
27:10 and they gave them for the potter’s field, as the Lord commanded me.” (v)

about Jesus in Capernaum
Inspired by Isaiah 9:1-2, Matthew 4:13 says

4:13 Leaving Nazareth, he came and lived in Capernaum, which is by the sea, in the region of Zebulun and Naphtali,
4:14 that it might be fulfilled which was spoken through Isaiah the prophet, saying,
4:15 “The land of Zebulun and the land of Naphtali, toward the sea, beyond the Jordan, Galilee of the Gentiles,
4:16 the people who sat in darkness saw a great light, to those who sat in the region and shadow of death, to them light has dawned.”

3:3  He came into all the region around the Jordan, preaching the baptism of repentance for remission of sins.
3:4 As it is written in the book of the words of Isaiah the prophet, “The voice of one crying in the wilderness, ‘Make ready the way of the Lord. Make his paths straight.
3:5 Every valley will be filled. Every mountain and hill will be brought low. The crooked will become straight, and the rough ways smooth. 3:6 All flesh will see God’s salvation.’”

8:14 When Jesus came into Peter’s house, he saw his wife’s mother lying sick with a fever.
8:15 He touched her hand, and the fever left her. She got up and served him. (p)
8:16 When evening came, they brought to him many possessed with demons. He cast out the spirits with a word, and healed all who were sick;
8:17 that it might be fulfilled which was spoken through Isaiah the prophet, saying: “He took our infirmities, and bore our diseases.”

Great multitudes followed him; and he healed them all,
12:16 and commanded them that they should not make him known:
12:17 that it might be fulfilled which was spoken through Isaiah the prophet, saying,
12:18 “Behold, my servant whom I have chosen; my beloved in whom my soul is well pleased: I will put my Spirit on him. He will proclaim justice to the nations.
12:19 He will not strive, nor shout; neither will anyone hear his voice in the streets.
12:20 He won’t break a bruised reed. He won’t quench a smoking flax, until he leads justice to victory.
12:21 In his name, the nations will hope.”

About Jesus’ parables
Matthew 13.34 shares these words taken from Psalm 78:2

13:34 Jesus spoke all these things in parables to the multitudes; and without a parable, he didn’t speak to them,
13:35 that it might be fulfilled which was spoken through the prophet, saying, “I will open my mouth in parables; I will utter things hidden from the foundation of the world.”

13:34 Jesus spoke all these things in parables to the multitudes; and without a parable, he didn’t speak to them,
13:35 that it might be fulfilled which was spoken through the prophet, saying, “I will open my mouth in parables; I will utter things hidden from the foundation of the world.”

21:9The multitudes who went before him, and who followed kept shouting, “Hosannas to the son of David! Blessed is he who comes in the name of the Lord! Hosanna in the highest!”

others trying to fill the gap

I am not the only one who try to figure out how the life of the young Jesus may have been. 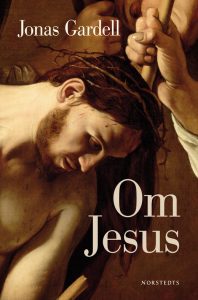