I m leaving Sweden next Wednesday. Tht has been a dream all my life that is soon to become true.  The dream to go to Lipari to live there the rest of my life as my mother did.
Looking out the window from my kitchen here in Älghult I have double feelings, some kind of melancoly. I liked the plan to be here in Sweden and visit my son and daughter when it is to  hot in Italy.  But I can not afford that with the money I get as retired.

In the same time, being here in SwedenMay to September, I can not enjoy the summer season with all the fruits, the olives the garden offers this time and I orked with during the winter and spring.. And the trees often need water during those hot summer months. 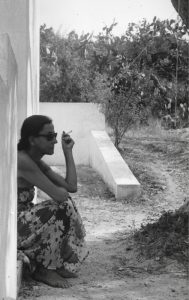 My mother (signe.kinberg.net) came to live on Lipari about 1977 when she was 50+. She was a courage woman to come to live on a island. But she did it together with her fiancé.  Now I do the same.  She died on the island 98.  It would be terrific if she would Migration reappear there.

If I do met her again, I want her to be happy with the way I took care of her gift, the house and the garden. My mother  has become a important reason I want to be back on Lipari.

I had periods of melancoly and being nervous these last Swedish days.  It is a period of 46 Swedish Years that have come to an end.

My last days were spent getting my two luggages packed and greetings all good friends in the village. I were invited to a few nice dinners at my lovely Syrian friends from Aleppo. I went to Mass yestereday with my friend Feras. 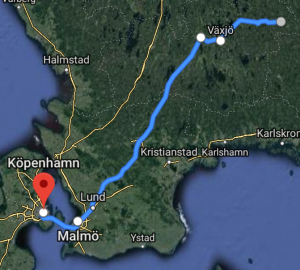 I waked up 5.50 am this morning. At 6.30 Annelie a friend and neighbour of mine came with her car to bring me to the buss station.

I got on a earlier buss, at 6.30 and in Växjö I tried to take a earlier train too. But that did not work out. I hade to pay the ticket again as it was a different train company (Öresundståg and not SJ).

30 Euro more but it was worth it as I knew that I would come to Copenhagen in good time before the train to Hamburg.

I am fed up with Swedish  railway safaris. 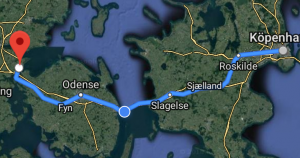 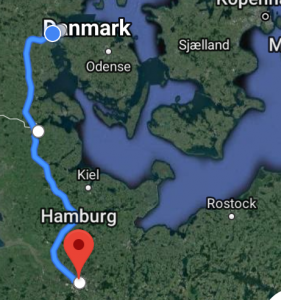 Wow, this goes fast. Three hours to Hamburg. In the seventies I worked on STENA Line from Göteborg to Hamburg, a whole night trip every Friday, dancing the evening in a club. Happy days without worries.

Today I go to Graz. It is a long trip about 1100 km with stops in Würzburg and  Vienna. I will pass by Nürnberg were my mother worked as a ballerina and survived the American bombings in the Opera  cellars provably drinking wine to alleviate the anxiety and fear of death.

I slept well at Prize hotel in Hamburg  tonight but had a  breakfast in a noicy breakfast saloon.  Disco music out of some 20 loudspeakers is good for dancing but not for a peaceful breakfast.. But they lowered the volume fortunenately after a while so I could eat.

I checked out and took a bus to the central station  without any problems. I alked with a man from Singapore. I where on the central station one hour before departure and could relax in the sun at the platform. I felt well even if preoccupied about the long trip, how I would stand it.

The first part went fast.  I eat up  four  bananas. I am trying the famous Japanese banana diet.  I had problem placing my luggages. No place for for bigger luggages on German ICE. 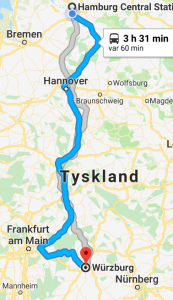 I hope there will be no delays as I have only a few minutes in Würzburg and 30 minutes in Vienna. 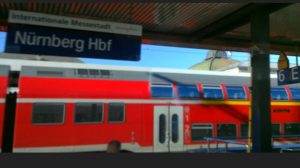 The train stopped in Nürnberg. My mother dansed here in the Opera (OpernHaus) as a solo ballerina during the war. 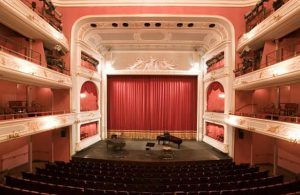 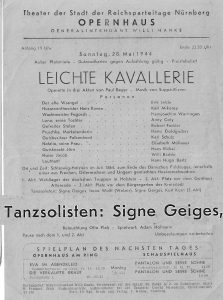 I wrote about it in http://www.kinberg.net/wordpress/signe/dancer/

This is the OpernHaus as seen from the Central Station. 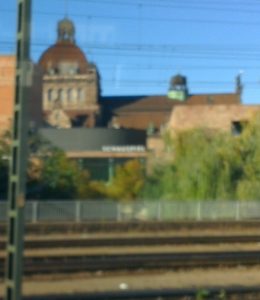 My mother maybe lived in a house like this one:

She never like New Years Eve fireworks as she said “They remind me about the bombs. Maybe he lived in a house like the one above.

15 minutes late to  Vienna. But luckily the train to Graz coming from Prag was also late.  So I finally came to Graz 11.4 5 exhausted.

It has been a trip with a lot of thinking and discoveries. I learned some more about my mother during this migration tour 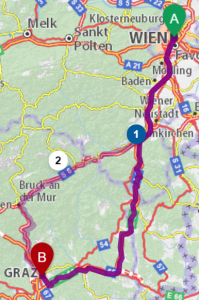 I stayed at my brothers home for two week to get several luggages to be sent wirh Mailboxes to Baercellona Posso di Gotto  where I will get these on a boat to Lipari and my home.

I had the opportunity to met several of my borthers neighboors who are kind and loving people.

I also had two days in my brothers and wifes summer home in Velt an Vörtersee, the Austrian Portonfino. I enjoyed a ni ce bath in the sea that had a nice clean water about 18 Celsius.

With a friend of my brother I went to the San Fransican church Sunday Mass. That was a opportunity of peace and mind restoring.

In between these experiences I scanned two album with photos from my father in my brothers mother.  I hope to find time to shwo some of these in my fathers site http://ragnar.kinberg.net