I digged into the Christian and Muslim creation believes as well as studying the Scientists prevailing creation hypothesis today. This study led me to write  what I call a enlightened Genesis that infuse a Scientific idea of a creation with a theological (Christian and Muslim Creation sacrd texts). I wrote it with the idea of what God would have shared today to a prophet, a prophet and a humanity that understand  things we didn’t understand 6000 years ago.

I still update it. I got a occasion to do it after

Swedish television shared in svtplay.se the Morgan Freeman documentary the story of God cut into two pieces “1. “The creation” and “2. What is God?”. You are able to see the svtplay contents if you get a Swedish IP. You can get one  with an account in ovpn.se. I use it when I am in Italy. His docs are melted into one in his The Story of God in Youtube also available in German unfortunenately with the Creation ideas cut out leaving the afterlife part i also wrote about in www.kinberg.net/wordpress/stellan/2018/01/24/life-afterlife/ .

I am especially interested in the creation stories around the world Freeman  talks about In the svtplay doc part 1 . I will document about this in this article.

The Franciscan brothers in Jonsered, Göteborg  told about the same. The Genesis is telling about Gods involvement in the Creation, not how God created it.

It is interesting to compare this pontifical view (“theological creation”) with the Jehovas Witness view in https://wol.jw.org/en/wol/d/r1/lp-e/1102010234  where they analyze the Bible texts very  carefully and dismantle Christian Creationist literalists view.

Giuseppe Tanzella Nitti ( http://www.tanzella-nitti.it  ) editor in chiedf of http://inters.org/ said: “The creation from a theological point of view is perfectly compatible  with Big Bang Because you always need a first cause. God, the  creator, is outside space-time, is before any time. The act of Creation is a never last acting, because the Creation is the way God continuously holds the Universe.”
Thi is very similar to a Muslim Creation idea.

Freemans concludes with:“God, the master of space and time.” 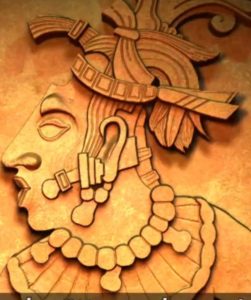 The Maya Corn God Huhnapu is tricked to go to the underworld. But once there  he was beheaded.

The twin sons set of to rescue him from the underworld. To get there they had to  be burned to ash.  As their ash got down to the subterranean  waters, the hero twins regenerated.

The Hero Twins swimmed back with their father Huhnapus head 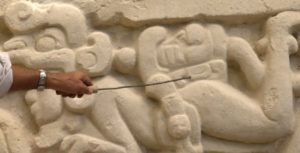 The twins returned to Earth and the twin heoes  started the Creation process by planting their fathers head like a seed in the ground. 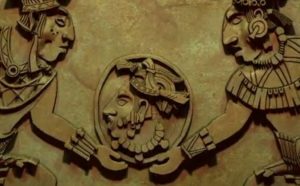 This was the first corn seed the Maya people were created with: 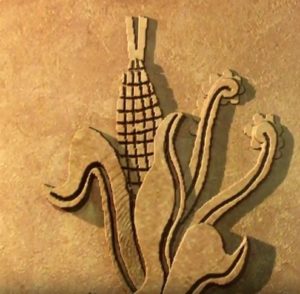 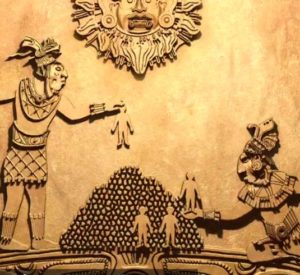 The center of heaven

In the middle of the triangle there is a nebula, a cosmic cloud of star creation. 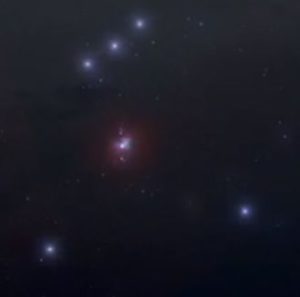 A Maya ritual today is to place three stones and in the middle of it light a ritual fire. The three Orion stars are still important for them.

This reminds me about the Christian Trinity, God, the Son and the Holy Spirit. 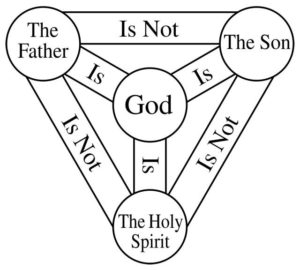 Hinduism has another idea of Creation.

Ganges or Ganga, the mother Ganga, is the center of the whole Universe. Ganga is one of the millions of Hindu Gods 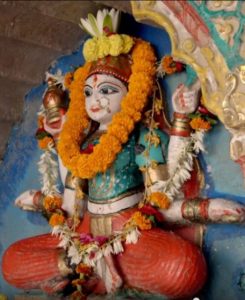 In the beginning, Ganga floated in the Heavens (in the Milky way) but was held captured by the creator God Brahma. 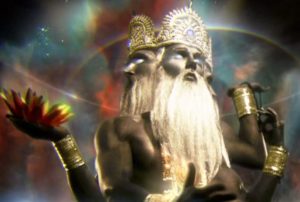 Brahma decided to send Ganga down to Earth. 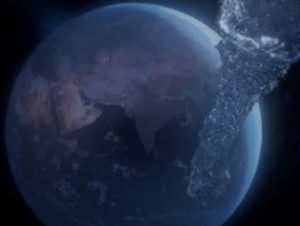 But Ganga is so Powerful so it can drown the whole Earth.

God Shiva blocked Gangas fall, gathering the water in her hair making it streaming like a river that became Ganges. 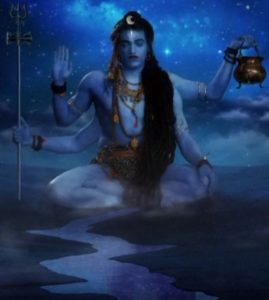 Hindus believes in cycles of Creation. The primordial creation happened 8.6 billion years ago

In the ritual called “aarti”, taking place every year on the banks of Ganges.  Hindu thanks the God for the existence offering lights to the Gods. Their prayer says:

This is o similar to the Christian view that God has a temple inside everyone of us. So nice “I am a vessel that contains you, God” 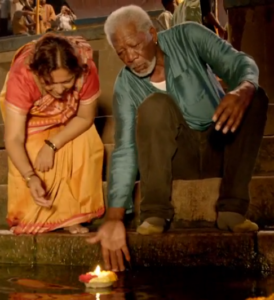 “Let Ganges bring the vessel with my soul where it is good for me.”

In Rwanda there is a different Creation belief.

In the beginning there was neither existence nor non existence, beyond human definition and human intellect.

According to aranda aboriginal oral traditions all begun in the  basin called  Tnorala 160 km west of Alice Springs. Tnorala was formed from a metheor impact 142.5±0.8 million years ago . Tnorala is today registered as a sacred site. (Source https://arxiv.org/pdf/1306.0278.pdf   ). 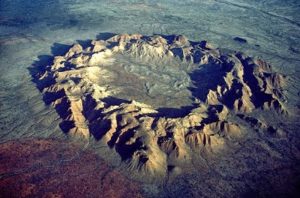 Aranda people say that all started in the dreamtime when the Sky Gods were in the Milky way. Women dansed at a ceremony. One of the women put her baby in a wood baby craddle. The milky Way started to shake and the women lost the craddle that fell down to Earth. From that impact life started and soon thereafter men and women were created. 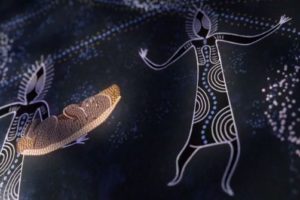 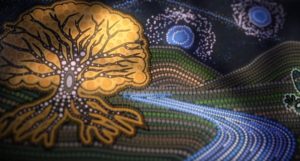 Aranda people tradition is to say hello to the ancenstors when entering Tnorala.

Other intresting information given

All know that Adam ( Adam=Man in Hebrew) was according to the Bible created in Eden between Eufrat and Tigris. In the documentary, a  but he died according to a tradition in Jerusalem under Golgata where everyone can visit Adams chapel according to Jody Magness, archaeolog.

The creation of human beings – Adam

This is what I know about Islam. Adams was accordinng to the Quran , created in Heaven and had to descend to Earth when he did not obey Allah. He became the fist prophet according to Islam.
I were inspired by the Quranic Adam in my article  “enlightened Genesis”  and added Quranic sources in it.

The Bible doesn’t say about Adams life after Eden. Nor does the Quran. Adam may really have died in Jerusalem as we get know by Morgan Freeman. It is interesting that the oral tradition says that Adam resurrected when Jesus blood from over his grave  touched him.

The Creation of the Universe

The Quran says “And the heaven We constructed with strength, and indeed, We are [its] expander.”
( quran.com 51:47  )

“Have those who disbelieved not considered that the heavens and the earth were a joined entity, then We separated them, and made from water every living thing?  Then will they not believe?” ( Quran 21:30 )

Then He directed Himself to the heaven while it was smoke and said to it and to the earth, “Come [into being], willingly or by compulsion.” They said, “We have come willingly.” ( Quran 41:11 )

“Our believes doesn’t have to divide us”
“They have the power to unite us.”

I hope that my enlightened  Genesis will help out with this, despite being a total paradigm shift.

I got in among other Youtube comments where I am active,  a few blackout reactions.  Paradigm shifts can be difficult and painful.  I respect that. Some people where probably reluctant to a pluralistic view being themselves maybe dogmatic atheists or whatever. But rereading my genesis a few times, will they maybe understand better. Paradigm shifts require time.

I like the statement of Morgan above. I think that working for religious tollerance and the spreading of inter-religious knowledge like Morgan does, the Pope Franciscus talks about and practice, praying together in like prayers doen together like Paul organized in Assissi or with call to prayer in Churches (أَذَان – Azan –  Adhan ) , we can achieve that maybe one day.

The dhurches being often closed here in Sweden I pray often like a Muslim as I write about in http://www.kinberg.net/wordpress/stellan/2018/08/01/praying-like-a-muslim/

I learned to recite Al-Fatihah and  feel very well with praying Salat.

The Bible and the Quran (repeatedly) reminds us that a Resurrection is to come.

The day of Resurrection, I am pretty sure we will know  a loving and forgiving (“7millionx77 million”) and tollerant  God