I read the and wrote about the autobiography of Giordano Bruno by Drewerman. Giordano Bruno was terribly upset with the Church. He wrote 1599 this about a carmelitan priori:

“that carmelitan priori – that is corfirmed by his title – has for sure been set on earth before the human being was allowed to use the reason” .

On the same page he wrote his last prayer:

For some reason I stumbled on the words sapere aude and wrote this article. I understood much later that Giordano Bruno was really the first illuminist ever, living long before Kant.

Read the original Italian text in page 27  in  http://www.kinberg.net/2018/02/08/breakfast-giordano-bruno/#screenshots

The Bible about man and God

Then God said, “Let us make mankind in our image, in our likeness, so that they may rule over the fish in the sea and the birds in the sky, over the livestock and all the wild animals, and over all the creatures that move along the ground.”

What is an image of God? I presume it is that we have been given a consciousness, a reason,  a free will with  the hability to love, pardon our next and be good shepherds. ( John+10 )

Whe have been given a brain, A gift we must take care of, like we have to take care of all the gifts God gave us ( “rule over fish in the sea and the birds in the sky, over the livestock and all the wild animals”).  (  genesis/1-26.htm  )

So I think that we must get acquainted with the gifts of God, the Creation of God and the rule of this game, this earthly life.

“For his invisible qualities are clearly seen from the world’s creation onward, because they are perceived by the things made,  even his eternal power and Godship”

“Study YHWHs (=Gods) Creation and gifts and you draw close to God And hopefully YHWH has time to draw close to me helping me in my searches.

“Sapere aude is the Latin phrase meaning “Dare to know”; and also is loosely translated as “Dare to be wise”, or even more loosely as “Dare to think for yourself!” Originally used in the First Book of Letters (20 BCE), by the Roman poet Horace, the phrase Sapere aude became associated with the Age of Enlightenment, during the 17th and 18th centuries, after Immanuel Kant used it in the essay, “Answering the Question: What Is Enlightenment?” (1784). As a philosopher, Kant claimed the phrase Sapere aude as the motto for the entire period of the Enlightenment, and used it to develop his theories of the application of Reason in the public sphere of human affairs.” (Source:  Wiki ) 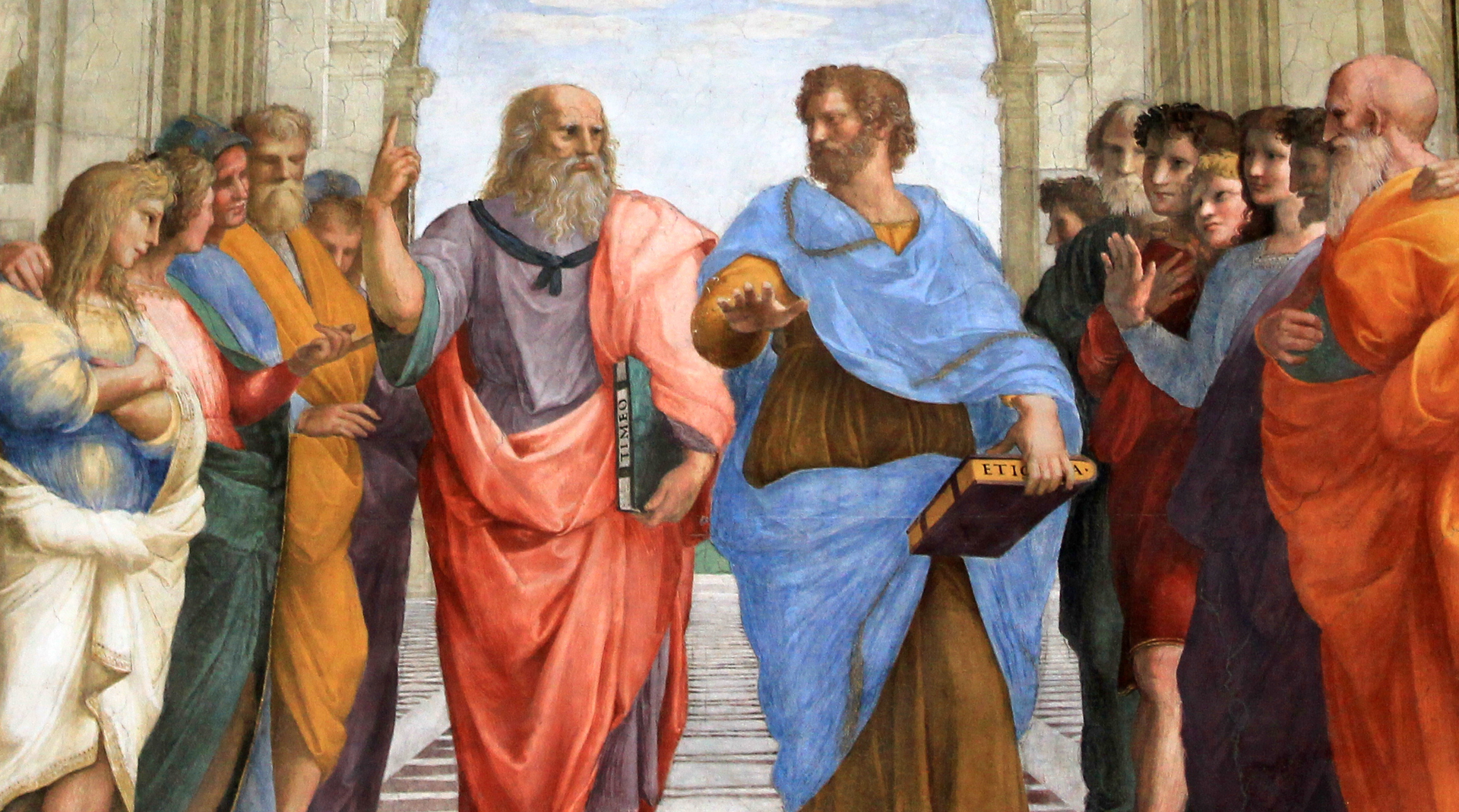 Plato at the left and Aristotele at the right in this painting of Raffaello.(Image source: Wiki )

The age of reason – distuinguishing myths, dogma from reality

Kant answers 1784  to the question What is enlightment (de: aufklärung, it: illuminismo)?

The scientific revolution – studying the creation of God

I am very curious to see what the work with the Quantum enigma will lead to. http://quantumenigma.com/

Giordano Bruno “Dared to think for himself ” and died for it! He wrote december 1599, in his autobiography page 37 this last prayer of his life: