I have found two new articles about the building of the first cells, the so called primordial cell or the Last Universal Common Ancestor (LUCA).

One theory is that complex molecules (aminoacids and others) came to earth from space and falling down with rain, accumulated in hot geiser areas where periods of wet and dry alternated. The high concentration of these molecules led to the forming of  more complex molecule chains. These scientists argue against the creation in the hydrothermal vent fields along the Arctic Mid-Ocean Ridge because the building molecule blocks are highly diluted in the Sea and therefore can never form complex structures.

One other theory,written about in the German GEO kompakt n 23 takes the hydrothermal vent theory a step further. Cells are built inside tiny pores, as show in ghis image. 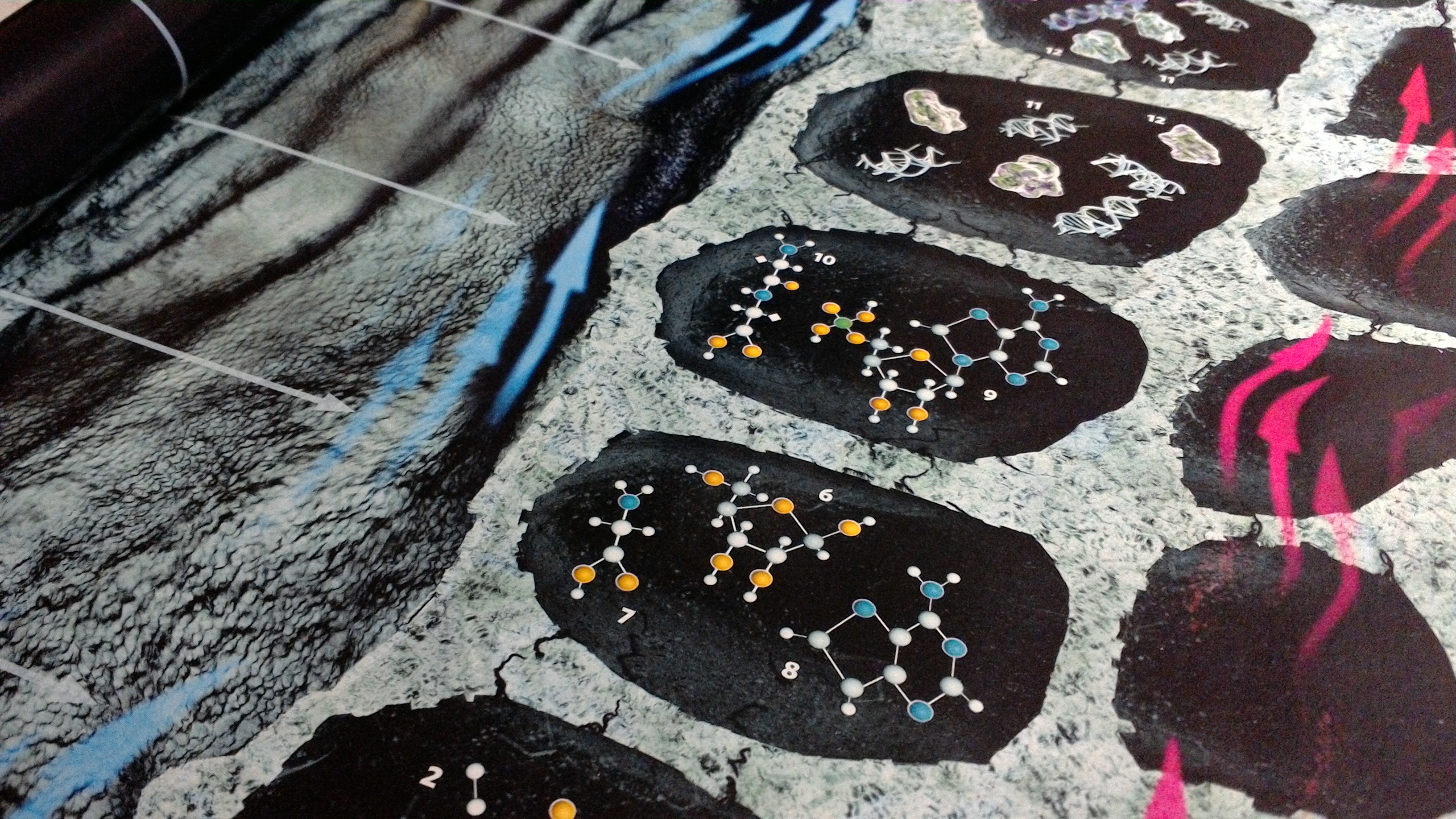 Four types of primordial cells are created in these pores. 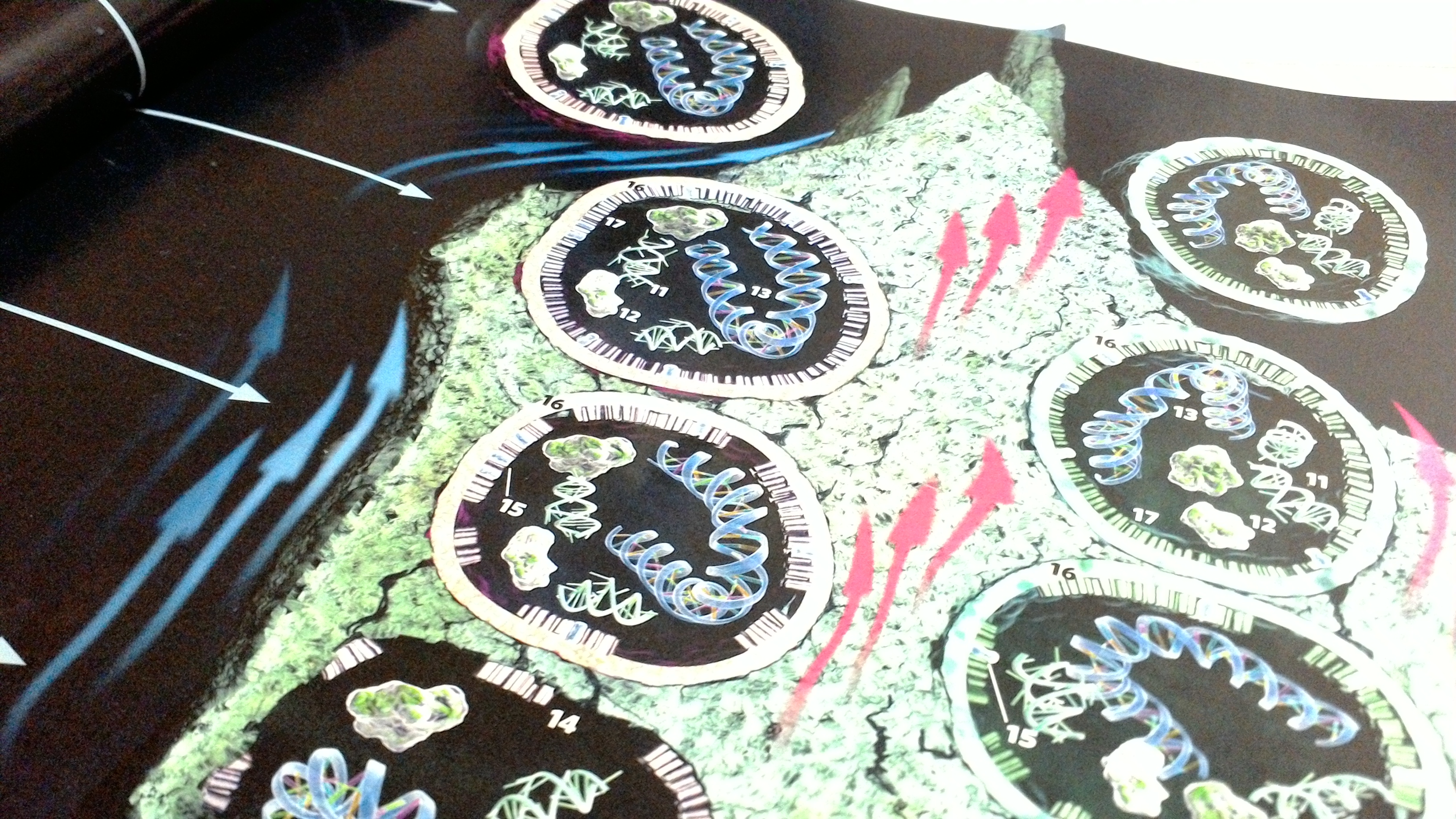