For Willy the source of life was bacteria with celestial origins. He came to this conclusion as bacterial spores are very resistant to high and low temperatures.  So bacteria could come from space and “ignite” an  evolution  of living organisms on Earth.

“The idea that primitive life on Earth may have been seeded by a comet or asteroid impact is controversial. Since it was suggested more than 40 years ago, however, increasingly complex organic molecules have been discovered in space. ” (Source: http://physicsworld.com/cws/article/news/2003/aug/11/amino-acid-detected-in-space   )

“For the first time, we have three lines of evidence that together give us confidence these DNA building blocks actually were created in space.” (Source: https://www.nasa.gov/topics/solarsystem/features/dna-meteorites.html   )

Sveral bacteria (bacillus subtilis, Bacillus thuringiensis, Deinococcus geothermalis, Escherichia coli, Micrococcus luteus and more   have been tested in outer space as can be seen in this (wiki) infogalactic list:

AKINETES – an example
“Akinetes are resting-state cells of cyanobacteria that are produced by certain genera of heterocystous cyanobacteria to survive extreme environmental conditions.”

What did Darwin think? 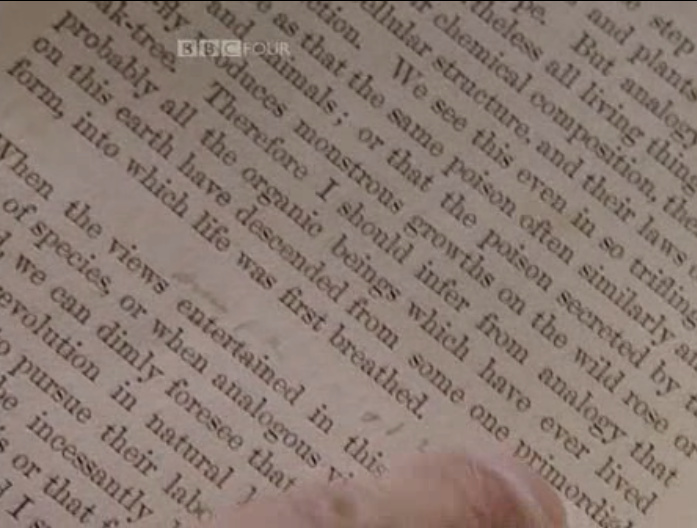 “Probably all the organic beings which have ever lived on this Earth have descended from some primordial form, into which life was first breathed,”
(Source: in the origin of species page 484, Darwin)

“But that primordial form lived and died 4 billion years ago. Its traits — where it lived, what it ate, how it survived the brutal conditions on early Earth — are obscured by time and a scant fossil record.” (Source : https://www.washingtonpost.com )

Step 1. The procaryote ancestor cell (without cell nucleus) developed first a membrane protecting the DNA,   a cell nucleus. However “The origin of the eukaryotic cell remains one of the most contentious puzzles in modern biology. ”

Step 2. An archaea eucaryote cell (ed. a looki ancestor) engulfed a bacteria. And the engulfed bacteria came to work as and be  a mitochondrion taking care of the mother cells sugar methabolism.  When the mother  cell then duplicates, also the mithocondria with its RNA (bacteria DNA) duplicates.  Remind that  the mithocondria RNA is inherited only from female to female.

Below is an image that illustrates the two steps in the endosymbiosis.