I am inspired by  “The Grand Unified Theory that is a vision of a physics theory that can combine three of the four fundamental forces into one single equation.” (http://wiki.c2.com/?GrandUnifiedTheory )

A unified human evolution theory  is growing in my mind.

My grandfather asked in his book

I have a preliminary answer to the third question (Did Adam and Eva had ancestors?).
My search for an answer made me come to a hypothesis of a  unified creation theory of mankind. I discuss the validity of it, below.

The “unified creation theory” i describe in this post, is a agnostic hypothesis. It may end up with three conclusions:

I use the hypothesis definitions at www.theophys.kth.se .

As we can never know what is true or false about God, the Human soul and Adam,  a agnostic conclusion can be either:

some arguments for option 1

The Quran gives support for a “Evolution of the Human species” hypothesis to be correct (Source www.answeringislamicskeptics.com ) as can be read in Quran 76:1 that says: “Has there come on man a long period of time when he was a thing unremembered?” I dont find this support in the Bible.

I personally think that the validity of my Unified creation hypothesis is a better description of what we can observe.

Of course, my hypothesis has to be proven trashed or developed.  I try here to define the main pillars of this hypothesis

1. The earth was a green house and  human body incubator. 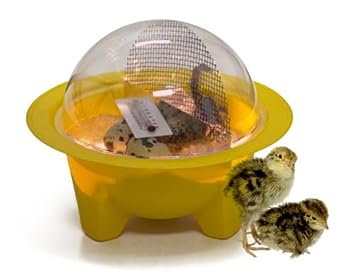 The Earth has for millions of years been an incubator and a greenhouse, where human bodies developed according to the Darwin Evolution theory (the survival of the fittest bodies) and in modern time, documented by the human evolution research.

2. A homo sapiens hybrid was the best-fitted body and a blank slate to be written on to become homo sapiens sapiens.

Probably the best-fitted body (but not perfect as explained here) was that of a Human hybrid, a mix of Homo sapiens coming from Africa and Neanderthal who was well adapted to life in colder climates with frequent lack of food. The oldest of these hybrids remains were found in Israel. These hybrids had a homo sapiens brain volume,  a blanc slate  ( https://archive.org/details/StevenPinkerBlankSlate ) ready to be written on….  divine knowledge and wisdom. This hybrid homo sapiens became a homo sapiens sapiens whose descendants later spread all over the world.

I recommend this book of Svante Päbo. It is written to be understood also for not scientifically educated readers. 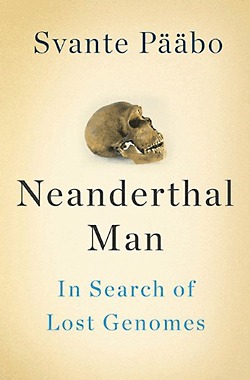 3. One of these hybrids became a human, a homo sapiens sapiens, an image of God.

I got this idea with this film were the soul of a wheelchair man was incarnated in a Navi body accustomed to the Pandora planet.

See citations in the Qu’ran

Adam with all the Godgiven knowledge after he disobeyed God (read more ) was sent to Earth, My actual hypothesis is that Adam conscousness/soul was incarnated in a human body and brain, a body that was best fitted for life on Earth. Being so, Adam, the first Homo sapiens sapiens could share his wisdom to his descendants who of course also inherited Adams’s DNA, consciousness, temperaments, and talents.

Trying to integrate Moses and Muslim Genesis into my theory.

The Bible Genesis, read literally, makes it more difficult to accept with a scientific eye and approach.  It is no surprise that many US Americans (more than 30%) do not believe in the Evolution theory (http://www.gallup.com) .

When I read Moses Genesis I remind myself that there is no morning or sunset for a  God as God per definition is everywhere. The day of God is therefore not a human being day.  The Qu’ran is clear very about that. In the Bible, you find a clear indication of this in psalm 90:4
“For a thousand years in thy sight are but as yesterday when it is past, and as a watch in the night.“
and in 1 Peter 3:8-9.
“8 But, beloved, be not ignorant of this one thing, that one day is with the Lord as a thousand years and a thousand years as one day.”

I would say that the Genesis day is metaphor of a time period understandable by humans of that time (When was Genesis written?).

As the Mosaic Genesis is in conflict with what we see around us and with Scientific facts like the evolutionary hypothesis, I had to rewrite the Genesis  based on a Quranic creation message and science in http://www.kinberg.net/2018/03/28/the-enlightened-genesis/

God talked to us many times with metaphors. I love Jesus metaphors- parables in the Gospels. Human beings living  4000 years ago would never have understood a more complex description of the Creation like e.g that in the Qu’ran or what we can understand today. God could of course be more detailed 1500 years ago adding big numbers like 50 000 in the Qu’ran. Today he could maybe talk to us about billions of years and atoms and maybe a Big Bang.

Genesis tells us that Adam was created with Earth. But what could  “Earth” be a metaphor for? An Evolution theory course pupil of mine thought that “earth” could be a metaphor for “minerals”.  Nothing more is said in Genesis how God made Adam out of the earth. The Genesis text could maybe hide that God made man with the evolution theory laws as we know them today and that the Creation of Adam creation day took millions of human years to finalize.

We know today that Water, ammonia, methane, hydrogen gas, sulfur and phosphor molecules, are the basic molecules to build sugar, amino acid and nucleic acid molecules. But could God have told this to humans 4000 years ago? Of course not, so the metaphor “dust” was at that time the best explanation. Read more in http://www.kinberg.net/2018/01/03/search-luca-makes-progresses-2/#hydrothermal_pools

I have this Unified Theory of Creation integrated in the “Genesis 3000 AD”  possibly published in May  2018. You find it in my main menu under theology interreligious.

Almost three years later, this theory is still the one I believe in.